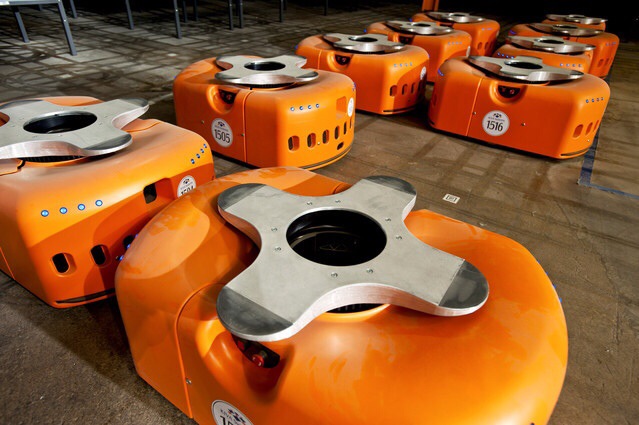 While the world is waiting to see Bezos’ Amazon Drone experiment come to fruition, his play in warehouse robots has paid off. Now it’s time to bring in more robots.

In October 2013 Bezos bought robotics company Kiva Systems for a reported $775 million in cash. Amazon had already commissioned 1,000 of their package picking robots in their distribution centers and warehouses across the globe. Last week Bezos announced he was upping that number.

At the Amazon annual shareholders meeting Bezos said that he planned to increase the number of robots in the company’s warehouses to 10,000 by the end of 2014. Interestingly enough he also said that this move wouldn’t impact the number of employees. While Bezos makes bold and progressive moves he doesn’t typically do it with the idea to immediately cut employees.

To that end when Bezos bought the Washington Post he didn’t immediately go in and start firing people. In fact he’s made a significant increase in headcount in the stories newspaper’s digital department.

As for the robots, they’re used to quickly pick products and get the mini the system to be packaged for delivery. Amazon workers are used to verify the package contents and ultimately check packages to make sure they’re correct before leaving their warehouse.

Amazon has a variety of very quick delivery options including Amazon prime free 2 day shipping, next day shipping and in some markets, same day shipping.

The Seattle Times reported that the robot news was the only significant technology news during the shareholder meeting.