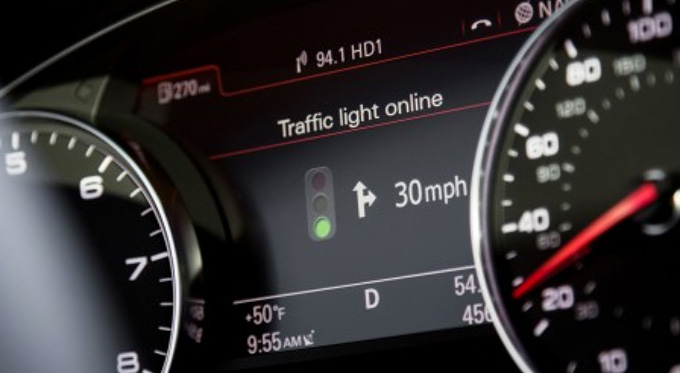 Audi seems to be pioneering innovation in the automobile. But they aren’t touting driverless cars or some crazy future technology that is still years away. Audi seems to be working on innovative projects and concepts that are coming to vehicles in the next year or two. Better than that though it’s innovation that’s going to make driving a more pleasant experience, by using technology.

When Rupert Stadler, Audi’s Chairman and CEO, took the stage at the 2014 International CES in Las Vegas earlier this year, he said “Today we will share about connectivity, piloted driving, and other rapidly evolving innovations.”. Now this was at CES where everyone stands on stage and says something similar, it’s at the end of the consumer electronics year that we see who was talking the talk and who was walking the walk.

Audi seems to be walking the walk.

Late last month it was revealed that Audi would be one of the first partners for Apple’s new connected car system.

One of the more interesting things that Audi talked about at CES was a system that would allow Audi drivers to beat traffic lights, not by driving too fast or doing something else that would borderline on ethical driving, but by rather taking data available from traffic light systems and telling the driver exactly how fast to drive.

I remember years ago, in a resort town in Maryland that if you started at a red light at 130th street and drove the posted 35 miles an hour the entire length of the main strip, during the off season you wouldn’t hit a single red light. That still holds true some 20 years later.

It’s that simple premise, tied in with the centralized systems that allows Audi’s traffic light system, to tell drivers the exact speed they need to drive, barring any unplanned variables, to not get stuck at a traffic light. The system is displayed on the dash board with a traffic light display and tells drivers whether an approaching light is red, yellow or green, and also the speed to maintain. It’s a feature of Audi’s Audi Connect system.

According to Gizmag the system is currently being tested in Las Vegas, where it was initially set up in January to showcase during CES. Audi is also testing the system with 60 sets of traffic lights in Verona Italy. A more aggressive test with 25 cars and 1,000 lights is being tested in Berlin Germany.

There’s no word when this particular feature will roll out, but at the rate Audi is going it shouldn’t be too long.