Tizen & Streaming Music: Beginning of the End for Samsung/Google Partnership

There is some more news concerning what is shaping up to be a massive Samsung push at Mobile World Congress (MWC). This week, Samsung made another, software splash. The Seoul company filed several trademarks that detail some sort of music service. According to Patent Bolt:

Samsung has filed for three trademarks with the US Patent and Trademark Office. 1) Milkmusic.com, 2) Milk Music, and 3) Samsung Milk Music.1

This reflects the sentiments that Samsung co-CEO B.K. Yoon shared with CNET late last year: “Software is something that we’re working on continuously…These days, hardware is important, but that is not enough.”2 Also in that very same CNET article, it was noted that more than half of all Samsung 62,000 in-house engineers are working on various software projects.3 While it certainly stands to reason that not all of those engineers devoted to software are working on Milk Music, the new service explains at least some of the software push.

All three trademarks for Milk Music were filed in three different classes:

As the relationship between Samsung and Google is currently in what could be called a rough patch, there is some speculation that Milk Music is the precursor to an all out battle with Google. The root of this tension is, “due to Google’s move to restrict its partner from tailoring its Android operating system for smartphones.”5 Further, there is a long-standing unwritten rule in which Google discourages partner companies from building apps or software that would compete with Google products.6

Even further, according to another CNET report by Shara Tibken, Samsung’s second iteration of the Galaxy Gear – which will be unveiled at MWC – will not use Android as its OS: 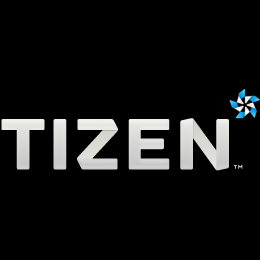 A new version of Samsung’s Gear smartwatch will run the company’s Tizen software instead of Google’s Android operating system, people familiar with the matter said.

Samsung will unveil the device at Mobile World Congress in Barcelona next week, the people said. Samsung also has been working on a Tizen-based smartphone to introduce at the show, as well as other Tizen devices for the first half of the year, people familiar with the products said.7

Tizen is an open-source mobile OS that “resides within the Linux Foundation.”8

It would appear that the Google/Samsung partnership may be in its last leg. As Samsung is beginning to inch away from Google, it appears as if the Seoul company has designs on a direct challenge to Google, beginning with Milk Music. This is certainly shaping up to be a very interesting MWC.