Jury’s Back In Apple Samsung Case 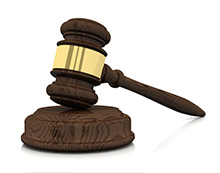 The latest Apple vs Samsung patent infringement case had the potential to be the biggest, however, when the Jury came back late Friday evening it was all but that.

Many news sites are reporting a big win for Apple. With the jury awarding $119.6 million dollars to Apple for Samsung infringing some of it’s patents, it may seem like a big win. But that pales in comparison to the $2.2 billion dollars Apple was hoping for.

On the Samsung side, they had also sought damages for Apple infringing on one of their patents. They were only awarded $158,400. That of course doesn’t even begin to pay the lawyer’s fees.

The jury found that Samsung infringed on Apple’s “959” universal search patent. The jury also said that some of Samsung’s devices violated the “slide to unlock” patent, but not all of them.

Judge Lucy Koh had ruled that Samsung infringed on Apple’s “automatic word correction” patent in a pre trial judgement and directed the jury to calculate damages for that violation. With those three patents in mind, the Jury awarded the $119.6 million dollars.

Samsung was looking for $6.2 million for Apple infringing on a patent of theirs that relates to photo and video organization in folders. That’s where the $158.400 judgement came from.

Obviously on paper, or a computer screen as it may be, it does look like a victory of sorts for Apple, and it is. However with it falling so short in what Apple was looking for some agree that Samsung is coming out better. Apple is of course playing it as a victory for them.

“Today’s ruling reinforces what courts around the world have already found: that Samsung willfully stole our ideas and copied our products. We are fighting to defend the hard work that goes into beloved products like the iPhone, which our employees devote their lives to designing and delivering for our customers.” Apple said in a statement Friday evening.

Brian Love, a Santa Clara University Law Professor that CNet spoke with said “This outcome feels like a defensive victory for Samsung, but not a particularly shocking one,” Love went onto suggest that Google is actually responsible for a number of the features in the infringing software (Android) so “…Apple’s claims that Samsung blatantly copied the iPhone never rang true.”