Google Backs Glasses That Will Help The Blind See 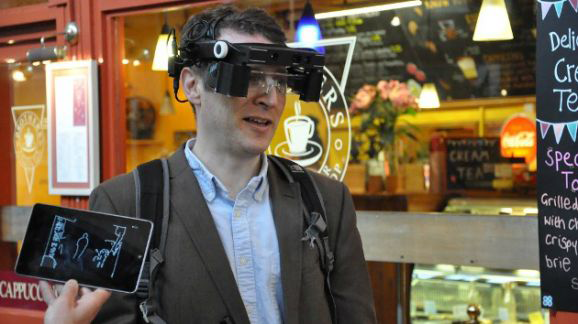 You may find it odd with Google’s Google Glass experiment in such disarray, that the company would back any other kind of eyeglass technology. Well such is the case as part of Google’s, Google Impact Challenge UK

Techradar reported on Friday that as part of it’s worldwide Impact Challenge in the UK Google backed ten groups with collectively near $4 million dollars.

British billionaire tycoon Richard Branson was on a call with the ten finalists and helped award £500,000 to the top four out of ten groups and the remaining groups received £200,000 each.

One of the biggest winners of the day was a project proposed by the RNIB which is working on smart glasses. But unlike Google’s; Google Glass, these smart glasses will be world changing from the onset. The smart glasses shown off as part of the challenge actually help blind people see.

Like those who are hearing impaired, many people who are legally blind still have some degree of vision. Neil Heslop MD of RNIB told techradar that number could be 90%.

“The depth camera assess the shape, size and position of nearby objects and then they present on a pair of transparent displays both a view of the normal world but also with an overlay with enhancements of those nearby objects… Nearby objects are brighter. Darker objects are obviously dimmer. And there’s an outline as well. There’s edge enhancement.” Heslop said.

Jimmy Wales, the founder of Wikipedia and one of the Google Impact Challenge Judges said  “They’re in the right area. The tech is almost there, and work in that area is going to be very fruitful.”

Google’s Impact Challenge, like it’s Science Fair, looks for projects that will have a direct impact on the world and it’s people.