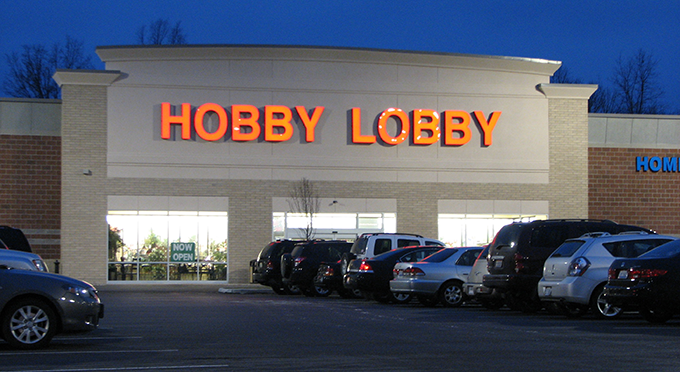 I’ve written about how retailers in many categories could benefit by offering 3D printed products online and in-store. Booksellers, automotive parts, home improvement, wireless, outdoor, pharmacies, grocery and mass market stores have all been featured. But, there are also segments I’ve neglected – in part because they were more obvious – like office supplies, electronics and home decor, among others. Recently though, I met with the management team of a major craft store chain and they asked point-blank why I hadn’t focused on their category.

Craft retailing just seems like such a no-brainer. Many of the early adopters of consumer 3D printing call themselves makers and strongly affiliate with the do-it-yourself (DIY) movement. DIY’ers are a core customer group for most craft chain stores. If anyone should be factoring 3D printing into their business model it’s them, right?

Consider Etsy, the eCommerce marketplace dedicated to selling one-off and handmade goods. They recently relaxed the rules about what can be sold on their site to account for 3D printing. It’s a blurry line because 3D printed output is neither handmade or necessarily one-off, though the finishing and decoration of 3D printed items certainly can be. The decision sparked some controversy, but Etsy clearly sees that their sellers and buyers have embraced the technology and believes it makes more sense to include 3D printing than it does to exclude it.

What’s also interesting is Etsy’s Jekyll and Hyde relationship with brick-and-mortar retail. Chad Dickerson, the Company’s CEO, recently said that “Etsy brings the ability to buy something from someone you can have a connection with, as opposed to the big-box, impersonal retail.”

To which big box retailers was he referring? The products sold on Etsy are similar to mass-produced products you might find at stores like Michaels, Bed Bath and Beyond, Pier 1 and Hobby Lobby. Browse around on Etsy and you’ll find items in many categories including art, home and living, jewelry, weddings, and craft supplies.

Etsy is no small fish. Founded in 2005, they now have over 1 million sellers and more than 25 million item listings. In 2013, Etsy surpassed the $1 billion sales threshold. They’re swimming in the same pond and are already a quarter the size of Michaels and Hobby Lobby. Ironically, some of the materials and supplies used to make the handmade and one-off goods sold on Etsy might even have been purchased in one of those big box stores. Could retailers leverage those relationships with shoppers to turn the tide?

History is littered with examples of missed opportunity. Consider the U.S. transportation industry. In the early 20th century, trains and boats were the primary ways of moving goods from one location to another. Commerce was mostly limited to the areas that could be serviced by those technologies. Then as the automotive industry took off, roads were paved, and a series of interstate highways were constructed, transportation changed. Trucking began to dominate and by 2010, it accounted for 81% of the U.S. shipping industry’s revenue and 67% of its tonnage. Commerce exploded. Railroad companies watched the industry bloom and had ample opportunity to benefit, yet most didn’t because they couldn’t see the bigger picture. They were railroads, not transportation companies.

One way for craft retailers to avoid the same fate is to think of everyone as a vendor. To support that type of relationship they must evolve from the old model of few suppliers to a new one with many. Part of this is an eCommerce play. Marketplaces like eBay, Amazon, and Etsy make it easy for people to sell on their platforms. It’s a big advantage versus the traditional retail model where on boarding new suppliers is painful and slow. Transforming from a store into a marketplace is difficult but not impossible. Brick-and-mortar retailers like Walmart and Staples have already made the leap. Why couldn’t leaders in the craft and home decor categories do the same?

It’s not as if Etsy doesn’t have its own weaknesses. Physical stores remain an important part of the shopping experience. Etsy has experimented with its own stores, but now seems interested in creating alliances with brick-and-mortar retail. They’ve forged partnerships with Nordstrom’s, Whole Foods and West Elm and just this week launched Etsy Wholesale, which allows independent retailers to buy items from Etsy sellers at wholesale prices.

Retailers looking to differentiate could decide that it’s better to compete than allow Etsy to grow stronger through affiliation. If they chose to compete, their stores would be natural places to recruit new sellers and potentially serve as workshops where products are created.

To some degree, Etsy is also a victim of its own narrow thinking. With strict rules around what can and cannot be sold, they’ve limited their ability to scale. As mentioned above, Etsy now allows for 3D printing, but they’re doing little to foster it.

Imagine if a brick-and-mortar store went all in, selling 3D printers and supplies, providing a catalog of designs, offering 3D printing as-a-service, and making space and materials available for unique decoration and finishing. Then imagine if that retailer helped their customers sell their creations online and in-store. It’s a model where “big box, impersonal retail” quickly gets personal, and very engaging.

To learn more, visit 3DLT.com/retail or contact us at SayHello@3DLT.com.