Know The Air Quality Around You With Skywair

The internet of things along with crowdfunding are producing some amazing new technologies. Just this morning we reported on Sandpiper IS a spirometer that attaches to your smartphone and gives you data on your lung function.

Now we’ve uncovered a unique new device that measures the air quality around you called Skywair.

Skywair was originally created with the traveler in mind. Frequent travelers often notice the difference in air quality. Those that travel internationally will notice that in some countries the smog and air pollution is higher than in others. The same goes for domestic travelers. You may find it harder to breathe in more industrial cities than open rural areas. 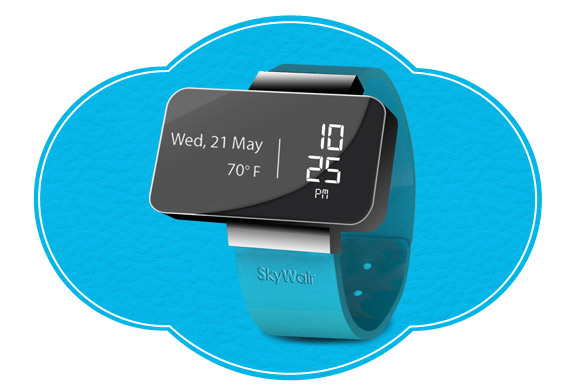 The device works by setting a threshold for air pollution that you want to be exposed to. When you reach that maximum threshold the wearable alerts you. With a built in geiger-counter, Skywair can also alert you when you’ve passed a radiation threshold as well.

Like most wearables Skywair can also track important data from physical activity including heart rate, distance traveled, number of steps, calories burned, blood pressure, and sleep. The device is also waterproof and has a built in GPS.

Skywair is billed as the “automatic pollution tracker” giving you piece of mind by knowing your surroundings.

As with most wearables Skywair has an app that can be used to track and store all the data taken in from the Skywair device. They’re also building a community of Skywair users so that other users can crowdsource pollution information on a map. Later on the device will be able to warn you based on information from other users when you arrive in a new area.

How does Skywair stack up to other devices on the market? 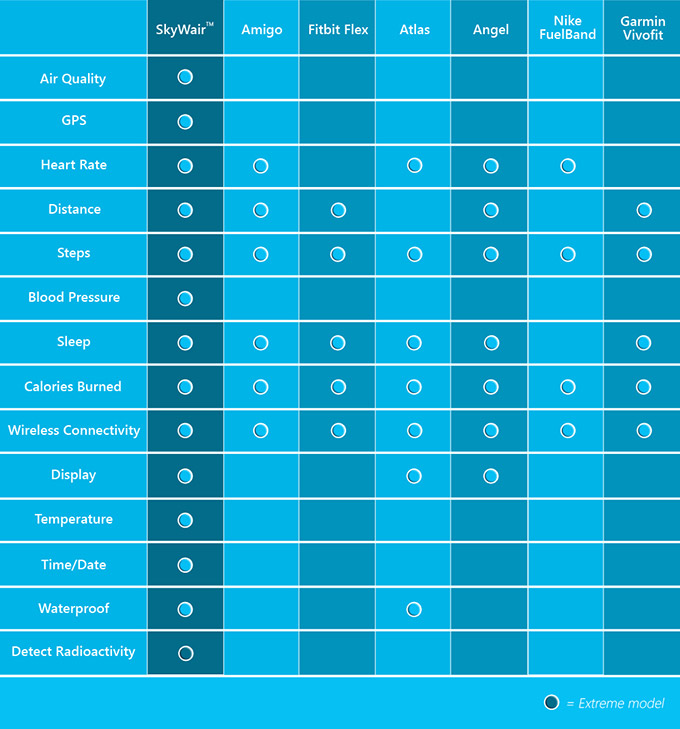 Skywair is unique in that it’s the first device that lets people track air quality, pollution and radiation. When people exercise their lungs open up more, making it easier to take in pollutants and irritants that could cause damage. Breathing while exercising, running, jogging or just going for a walk, in an area with bad air quality can make it harder for people to breathe. Skywair helps users avoid those risks.

You can find out more about Skywair here.