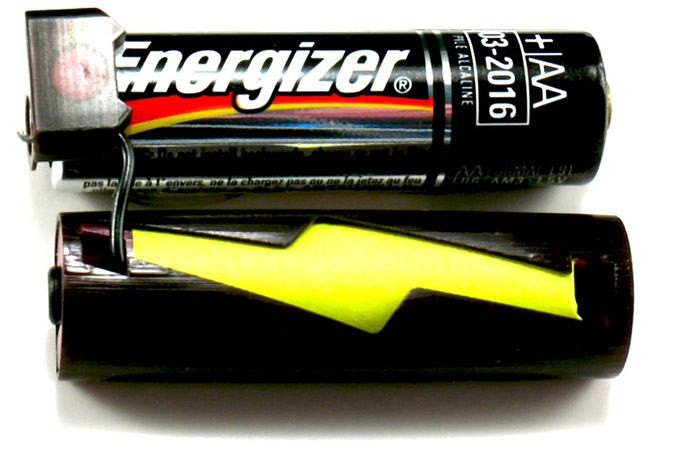 It’s a little known fact that when most people throw away alkaline batteries they still have half their power left inside of them. Couple that with the fact that billions and billions of batteries are thrown away every year and you have enough power to charge up over one billion iPhones to fully charged, that according to David E Smith the inventor of Battery Vampire.

While Smith’s device may have a funny name, it’s appropriate for what it does. The Battery Vampire basically sucks the remaining juice out of another half empty battery so that new battery power goes to waste.

Smith demonstrate this by showing a run of the mill transistor radio that he picked up from Walmart. He puts in a brand new AA battery and then uses the Battery Vampire to act as the battery in the other side of the two battery clip. This configuration powers the radio to full and there seems to be no loss of signal or volume coming from the radio.

“Owners usually assume their batteries are dead when the device using them stops working. However, there is usually significant power still left in most batteries when they are discarded. For instance, there is sometimes up to half the energy left in alkaline batteries. Our patent pending technology taps into that remaining energy and makes it available to the device until all that remaining usable energy is depleted.” Smiths says on his Kickstarter page.

Smith, a serial inventor, has experience created consumer and specialty industry facing devices. With that experience he plans to get Battery Vampire into mass production. With more and more people concerned about being “green” and getting the most out of their devices and batteries, Battery Vampire has a natural place in the home.

The amount of wasted energy in each battery is dependent on the device in which it is being used. All devices leave wasted energy in batteries but some devices are better at leaving less wasted energy than others. For instance, an Apple Magic Mouse, which uses two AA batteries, shuts down when the battery has dropped to 1.19Volts. If you look at the graph below you will see that there is about 1/3rd of the energy still left in the batteries (the area under the curve each side of the line). 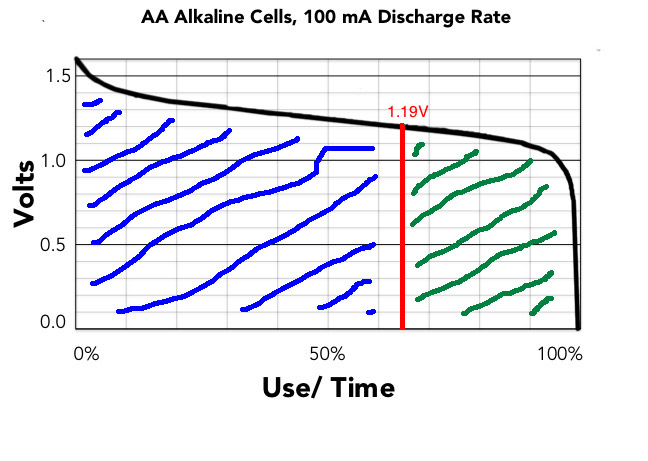 “Because this waste is ‘unseen’ there is no comprehensive data available on how much energy is left in the batteries of other devices when their batteries have to be replaced. I did my own survey of AA alkaline batteries that had to be replaced in my household devices over a five-year period and found that the majority of them measured between 1.2 and 1.3volts. The average of 1.25volts equates to about half way along the graph above, which would equate to about half the available energy being wasted in ‘spent’ batteries.” Smith reported.

Smith has taken to Kickstarter to bring Battery Vampire to market where you can pick one up now for as low as $40. Find out more here.