Chromebooks Gaining On Apple In The Classroom [EdTech] 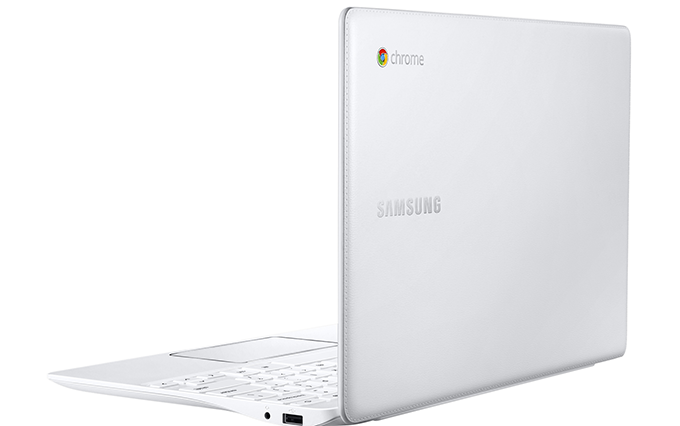 As many school systems across the country start heading back to school, there is more and more technology available. In what was once a market dominated by Apple, there is now stiff competition, and it’s not coming from PCs.

Apple has had a presence in the classroom since the mid 1980’s. Apple started catering to educators as early back as the Apple IIC and the Apple II GS. When the Macintosh came out, it became a staple in school journalism classrooms as well as a favorite amongst teachers, administrators and districts. Before the days of mass hacking and the internet, an Apple Talk network was one of the easiest ways to get connected.

In 2008 Apple made even more headway in the classroom with the iPad a revolutionary new device that connected students, teachers and curriculum in quicker, and more impactful ways then ever before.

Center For Digital Education reportsIn fact, as the , in 2008 the Chicago Public Schools did a pilot program with iPads with great results. At the end of the pilot program in 20 Chicago area high schools the results were outstanding. “What we’ve found with the iPads as we’ve rolled this out is that having kids with a device such as the iPad in the classroom — within the curriculum — is very powerful,” said CPS Technology Education Director John Connolly  “Our feedback from our teachers and students is that this is something they’re using every day.”

The iPad trend continued to climb as schools looked at both 1:1 and shared device programs. As the iPad continued to evolve, and with the introduction of the iPad mini it appeared that Apple once again had the education market cornered.

That was until Google found a niche for their cloud connected Chromebooks, in schools.

While Apple is still the big gorilla in the classroom, more and more schools, school districts and statewide school systems are looking at the Chromebook as a viable alternative.

The Chromebook is appealing to schools because of it’s price and the fact that it’s for the most part cloud based with less moving parts for School IT administrators to keep up with. “Education is very price-focused, and the Google products are not only cheaper, they are less likely to be stolen than the Apple offerings,” said Rob Enderle, principal analyst at the Enderle Group.

By January of 2012 there were 27,000 Chromebooks deployed in schools. By August of the same year over 500 school districts across the country had turned to using Google Chrome Books. They’re climbing at an astronomical rate. In 2012 Chromebooks accounted for just 1% of the tablet/laptop K-12 market, in 2013 that number had swelled to over 19%. Google also said they’ve sold more than 1 million Chromebooks to schools in the second quarter of 2014.

Enderle went on to say “Schools are very cost constrained, and this typically forces Apple out of the mix as too expensive.”

David Andrade, CIO for Bridgeport Public Schools in Connecticut oversees a deployment of over 11,000 Chromebooks across the school systems 23,000 students. In the Bridgeport High Schools Chromebooks are 1:1 in the classroom.

“Even with over 11,000 Chromebooks, there is almost no added workload to our IT staff,” said Andrade. “At the same time, we decided to start using Google Apps for Education so every student would have an e-mail address, something we’d never been able to do before. We also used Google Drive to move student documents off of our internal file storage system – another way to save the IT team time and money. So students can now work together and communicate with teachers even while not in the classroom.”

Earlier this year Google Apps For Education unveiled “Google Classroom” a classroom management system that integrates all of the Google Apps for Education. Currently, Apple doesn’t offer this kind of integration at a device and in classroom level.

It will be interesting to see where Chromebooks are in another 18 months.