This Personal Vehicle Is A Beast On and Off Road 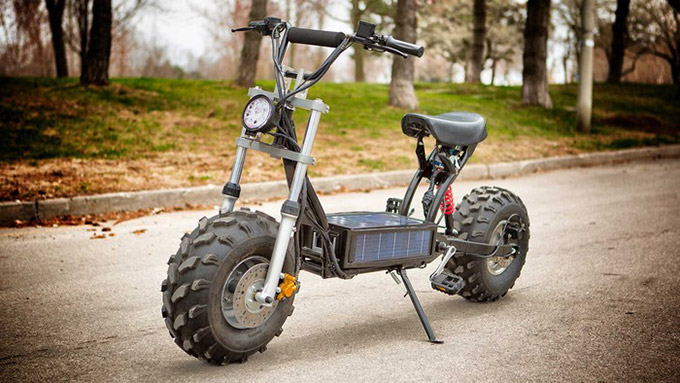 That’s what the folks at Daymak, an innovative company based in Toronto Canada are hoping for.

Daymak calls this vehicle The Beast, and beastly it is. Gizmag called it “A solar powered e-bike for offroad adventure”. Uber Gizmo called it the “Hummer of bicycles”

The Beast is an electric bicycle that acts like a scooter but also has pedals which makes it street legal just about everywhere without the need for a license or a license plate.

The best part about The Beast is that it’s solar powered an d100% green. Daymak says that The Beasts’ solar power unit charges at approximately 1 km/hr or 0.6 miles/hr in any type of daylight. The average e-bike rider goes less than six miles per day so The Beast doesn’t need an AC charger, but don’t worry Daymak includes one for you.

The solar battery pack doubles as a solar generator and comes complete with two USB charging sockets which will allow you to charge your smartphone or tablet.

For the last ten years Daymak has been an e-bike dealer selling e-bikes and electric scooters. They’ve been developing their own e-bike for the last two years which has become The Beast.

The Beast will come in three varieties with the specs noted below: 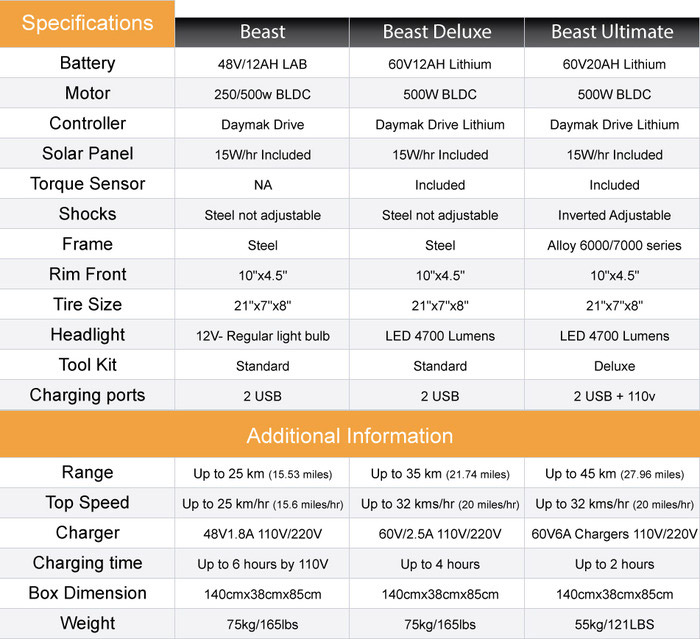 Daymak has a variety of stretch goals that will add some killer components to The Beast, the company writes: “The KMC chain, Shimano Disc Brakes, Samsung batteries and most of all, the leading edge Smart phone app for iPhone and Android that will bring the Beast to the next level! The wireless app will talk directly to the motor and batteries and will allow your phone to display all information such as your speed, distance traveled, GPS, battery level and can act as your key.”

If you’re ready to take to the road, and the hills with The Beast you can check it out here.