Google’s acquisition of DeepMind got us thinking – speculating is actually more appropriate – about the company’s past acquisitions, and what they might be building towards. For starters, lets have a look at their most expensive acquisitions: 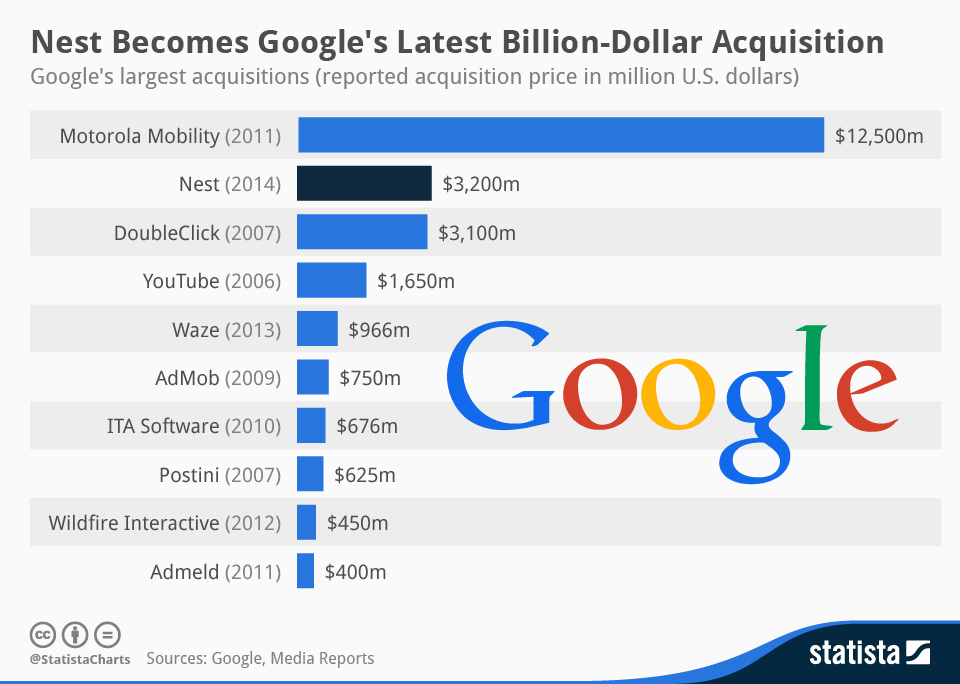 Looking at this list, a few things jump out. The majority of these larger acquisitions – really every one aside from Nest, and YouTube at the time – have included companies that fit into Google’s main revenue streams. As the core of Google’s revenue comes from advertising – more than $43 B in 2012 – the 2006 purchase of YouTube was a measure to diversify its advertising offerings. DoubleClick, AdMob, and AdMeld are ad networks. Wildfire, a social marketing software suite, is a perfect way to sell space on Google’s massive ad networks. ITA Software has been incorporated into search, and allows users to buy and book travel reservations. Postini was an enterprise-level software security, allowing Google to secure all of its various assets. The purchase of Motorola allows Google the ability to build and tweak the perfect Android hardware. And Waze, though not fully incorporated, will greatly increase the real-time aspects of Google Maps. The Nest acquisition is hard to place. Nest was profitable, and will provide a steady revenue stream, but somehow it seems like a deeper deal that this. Only time will tell.

So when in it comes to massive acquisitions, it appears that Google plays to its bread and butter verticals: advertising, Android, and its various apps. The latest acquisitions, however, display entirely M&A different characteristics. 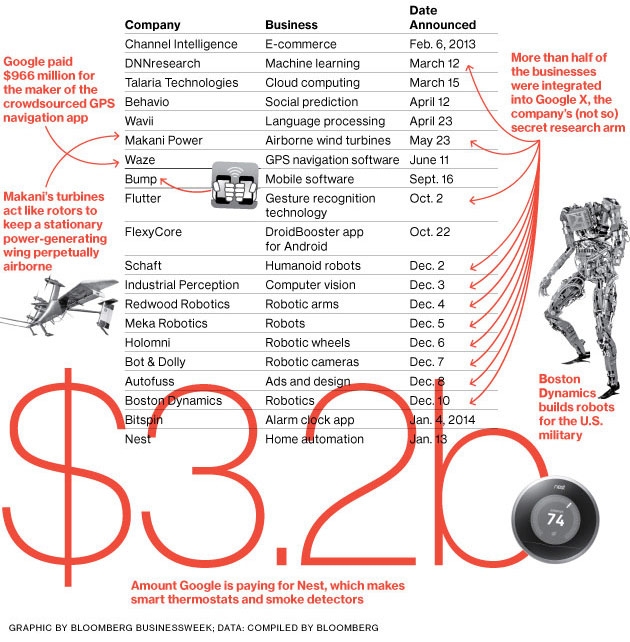 This chart from the “List of mergers and acquisitions by Google” Wikipedia entry is also quite symptomatic of the M&A shift in behavior: 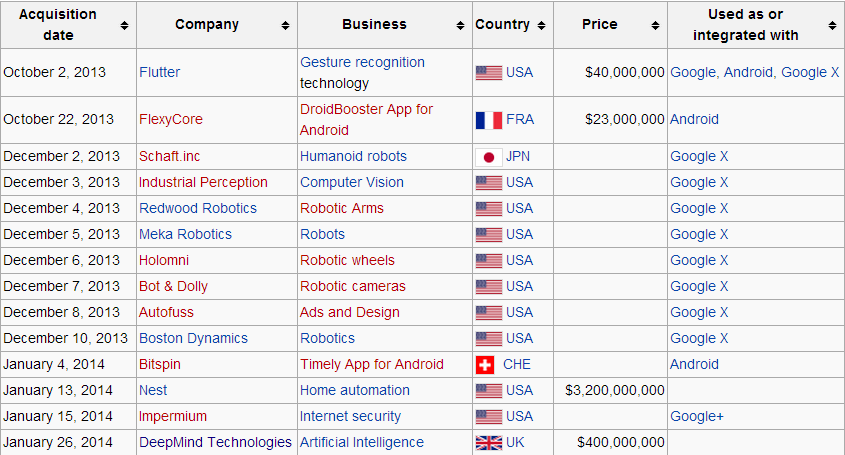 The far right column is quite interesting. Google X is the top-secret laboratory where the company works on its moonshot programs: driver-less cars, Google Glass, and Project Loon, among others. It is quite interesting that the 9 of the last 14 acquisitions are concerned with Google X – the chart is from Wikipedia, so take the pronouncement with a grain of salt. Humanoid robotics, artificial intelligence, and gesture recognition, oh my. It would seem that these purchases have something to do with the driver-less cars, but it would be silly to assume that that is a far as they go. It will be interesting to follow how these companies are fully integrated into Google proper.

One thing is clear, though. Google is becoming more active in robotics and AI. What this means exactly, however, is hard to say. It will be an interesting few years.