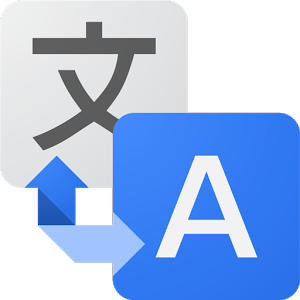 Last month Google announced that it was opening up its translation service to all Android developers enabling them to offer their apps to any customer in any language from third-party service providers. This is a big deal in the app store wars. Here’s why…

More than seventy-percent of customers prefer to buy products in their own language.

When accounting for the amount of time, energy, and money invested in developing an app (and how competitive app markets have become), being available to the global app user isn’t a nice to have, it’s a must have. Google knows this and they’ve responded well.

Here’s a list of some of the Android developers Google is touting as localization wins:

Surely, these numbers are impressive and worth paying attention to. What’s often lost in all of this quantitative data is that these success rates depend on quality mobile app localization. After all, if your apps, website, emails and marketing copy are incorrectly translated, misses the cultural or emotional context, or doesn’t accurately reflect your brand messaging, you’re naturally going to lose out on existing or future customers.

Our customers come to us looking to turn a challenge into an opportunity — a company receives website visitors from customer prospects overseas, a business is evaluating an opportunity with a partner or client abroad, or an app developer is benefitting from international downloads but has yet to translate their app into other languages. Our company exists because machine translation doesn’t deliver the accuracy, quality and context of human translation.

By opening up Google Play to third-party translation services, Google is demonstrating that for apps to be successful in new markets human-powered translation is key. Based on Google’s previous successes, I must say, I’m betting that “open” will win the app store war. What do you think?

Ryan Frankel is the CEO of VerbalizeIt, the company that connects businesses and travelers directly to a 16,000-person translator community to deliver real-time quality translation. He is a Wharton MBA alumnus, former private equity investor for Goldman Sachs and an endurance athletics enthusiast. You can reach him via e-mail at ryan.frankel@verbalizeit.com.