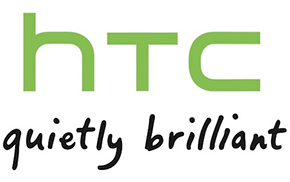 When HTC unveiled the HTC Flyer tablet to coincide with CTIA conference in 2011 many Android analysts thought it was a game changer. With new pen technology, later perfected by Samsung, it seemed that the answer to the iPad was being built by HTC. That was hardly the case.

Now, in HTC’s truly rebuilding year, we’re starting to hear that they are back in the Android tablet game. VentureBeat reported on Monday that the new HTC built Nexus 9 is set to debut with the latest version of Android, currently being called Android L.

The tablet is expected to be powered by Nvidia’s Tegra K1 processor in a partnership that should signal an amazing device.

In Android’s earliest days HTC was a huge player. HTC was chosen as the kickoff partner for Android with the G1 phone. That was followed up by the HTC Droid Eris and then the Droid Incredible. They enjoyed a good 18 months in the front of the pack as far as Android OEM’s go.

TheVerge suggests that the HTC build Nexus 9 will be closer in spec to the higher end Nexus 10 tablet made by Samsung rather than the lower end Nexus 7 from Asus.

Android L is expected later this fall. It was announced and shown off at the Google IO developer conference in San Francisco back in June. Android L is supposed to be much flatter in design and be the most significant upgrade visually, to the Android operating system.