New Internet Explorer Not Coming To Android and iOS, Name Change In The Works? 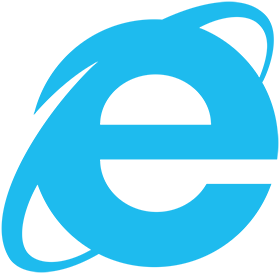 Last week while Microsoft CEO Satya Nadella was busy doing his ALS Ice Bucket Challenge, members of the Internet Explorer developer team were participating in a reddit “Ask Me Anything”.

For those completely oblivious a reddit “Ask Me Anything” happens on the popular news/opinion forum and those participating as the askee are asked whatever anyone in the group discussion wants. It’s a way to put people in the hot seat.

Well, as you can imagine there were a lot of great questions about Internet Explorer from the reddit community. Most people in the internet and tech savvy reddit community have ignored Microsoft’s browser for quite some time, in favor of alternatives like Google Chrome, Apple Safari and Mozilla’s Firefox.

ArsTechnica reports that during the AMA the IE team said that they’ve had passionate discussions about changing the name web browsers name. Many would agree that name Internet Explorer has been tarnished since about version 6, the last time that they were really a true force in web browsers.

“In spite of significant investment in the browser—with the result that Internet Explorer 11 is really quite good—many still regard the browser with contempt, soured on it by the lengthy period of neglect that came after the release of the once-dominant version 6. Microsoft has been working to court developers and get them to give the browser a second look, but the company still faces an uphill challenge.” ArsTechnica said.

The next iteration of Microsoft’s web browser, presumably Internet Explorer 12 if nothing changes, also faces a tough situation from the company’s new support policy. Under that policy Microsoft will only support the most current version of the browser on each version of Windows. Previously they would still support any version that worked with the latest version of Windows. With that in mind, Internet Explorer 12 would be the perfect opportunity to switch names all together.