Has The iPad Met It’s Match In Common Core?

The memes are everywhere. Parents that grew up in the 70’s, 80’s and 90’s are stumped by the new “Common Core” state standards in education. These standards are supposed to insure that kids in Omaha Nebraska are proficient in the exact same things that kids in Tallahassee Florida are. The idea behind common core seems to make sense but the implementation is a little on the crazy, and abnormal side.

The math problem above is a real example of common core. If you’re severely confused, ask your second grader it will make perfect sense to them. It seems with the recession and the crash of the economy, the first national bank of borrowing from one prime number to another in subtraction, also shut down, for this.

You’re probably thinking there’s salvation in technology. Certainly my kids are going to school with technology and there’s some kind of technology that will help them with this absurd math.

That technology is NOT an iPad.

Back in August we reported that Google Chrome powered Chromebooks were starting to gain momentum on the Apple iPad, what we believed was the most popular device in schools.

While Apple is gaining popularity in the home, even in the 80’s and 90’s Mac was the preferred computer in school. The GUI or graphical user interface made it a breeze to use and an easy choice for school system CTO’s.  Apple is still popular in school and made some major headway when the iPad was introduced. 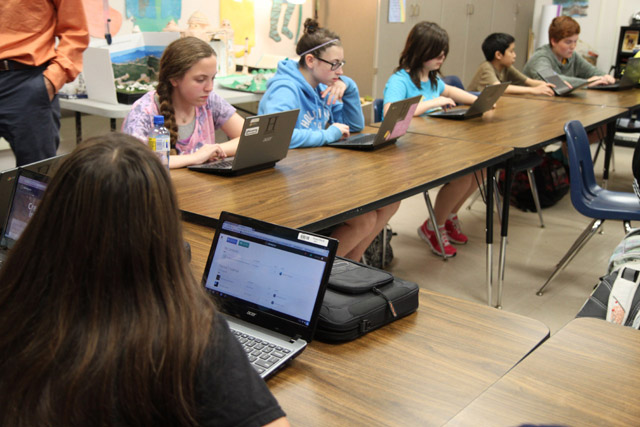 Leading research firm IDC reported earlier this month that for the first time, Google Chromebooks have taken over the iPad as the best selling device in the education market.

While the sub $200 price point, keyboard and computer format may be huge driving factors to adoption of the Chromebook in the classroom, Common Core is playing a big part too.

Common Core calls for online standardized testing. In order to administer tests securely there are certain security protocols, formats and compliance certifications for technology. The Chromebook and Chrome OS are common core compliant while the iPad is not. Even worse is that research analysts have said it will take a huge overhaul in the Apple mobile OS and ecosystem for the devices to become common core compliant and Apple just re-upped the iPad a month ago.

As we prepare to head into the International CES and then EdTech conference season we are poised to see more education focused developers releasing titles for Chromebook over iPad.