This May Be The Nicest iPhone Thief… 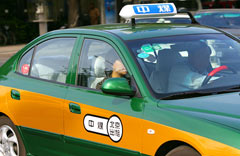 A Chinese man, Zou Bin, recently had his iPhone stolen while sharing a cab with a man .

Gizmodo reports that as soon as Bin got a new iPhone he texted his old phone and demanded that the phone be returned.

“I know you are the man who sat beside me. I can assure you that I will find you” Bin texted the robber. “Look through the contact numbers in my mobile and you will know what trade I am in,” reportedly Bin is in the Chinese pub trade, often linked to gangs. “Send me back the phone to the address below if you are sensible,”

While the thief wasn’t thwarted by Bin’s text messages he did send something else to that address.

The Independent reports that shortly after texting, Bin received a box in the mail. The box contained his SIM card along with an 11 page, handwritten list of all 1,000+ contacts that were in Bin’s iPhone memory.

Upon receiving the package Bin told Chinese news source Xinhua Agency: “It would take a while to write from one to one thousand, let alone names and a whole string of digits” “I suppose (the thief’s) hand is swelling.”