Jawbone CEO, Hosain Rahman, On the Future of Wearables

TechCrunch Disrupt New York kicked off Monday. There were a ton of great sessions and talks yesterday. That said, the talk from Hosain Rahman, the founder and CEO of Jawbone really stood out, for a few different reasons. Rahman went through many different aspects of Jawbone, being a CEO and more broadly being an entrepreneur, as well as what is next for both Jawbone and wearables in general. 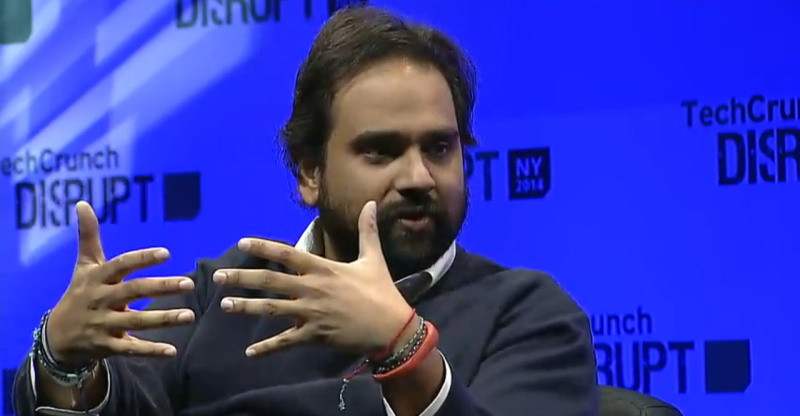 One of the more interesting parts of TechCrunch’s talk with Rahman was his take on the current state of wearables, and what the future of these devices may be. In what would really become a theme of the conversation, Rahman argued that the current crop of wearables, the Jawbone included, represent phase 0 or 1 of the category. Today, the market is aimed at getting users to buy in, and keep the device on. Also, the current devices are collecting a massive amount of information, yet the users have no idea what to do with this info, how to act on it.

The next great leap in the wearable market will focus primarily on data, in terms of collection, manipulation, and action. As noted above, there are troves of data points and statistics being gathered from all of the various wearables. That said, the users are still struggling with making use of the data. Rahman brought up that he is constantly asked about heart rates. There is a very real disconnect between the users and the data that they are generating. Rahman argued that the next phase within the wearable market will be more focused on teaching users about this data and how to take action in light of it.

Rahman had some incredibly interesting ideas about the future of Wearbles. Wearbles, argued Rahman, are the ultimate context engines. These devices can become a major part of your identity, and can know you better than you can know yourself. Though these devices are only measuring basic data at this point, but in the not so distant future the impact will become tremendous. Think about it. As wearables become more and more attuned to users, they could – for instance – adjust your thermostat based on your internal temperature, tell your car that you are drowsy and not alert, tell you to go to bed if you are exhausted, tell you or your doctor that you are showing early signs of some disease or ailment. The possibilities are almost endless.

Ultimately, Rahman argued, tomorrow is about gathering more and more info and making it usable. Take the troves of data, break it down and contextualize, and finally turn the data into action.