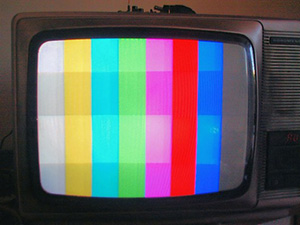 Despite what we hear everyday about Netflix, Hulu and streaming, a recent survey of over 15,000 adults has found that live tv is still the big winner in tv viewing, and by a large margin.

According to Ipsos OTX, 15, 551 adults from 20 countries were surveyed on their tv viewing habits. 86% of those respondents said that they still watch live television as their main source of television. While that’s still a huge number, considering all the other options out there, other services are hacking away at that live viewership. It does seem like a while before live television providers need to panic.

According to the same survey 27% of respondents said their first method of tv consumption was streaming/downloading tv via a computer. 16% said they were streaming internet video to a tv ala a chromecast dongle device or a set top box. 16% are using some kind of DVR device to record and playback television while 11% say their primary consumption is via mobile device.

The US ranked second in the survey for watching tv recorded on DVR at 40% behind Japan which came in at 45%. In streaming internet to tv from a dongle or set top box like device, the US ranked 9th and tied with Canada at 17%. In watching TV on a laptop or computer the US came in 16th at just 20%, and on mobile devices the US ranked 8th with just 10%.

Naturally, older respondents ages 50-91 say that live TV is still their preferred method with 91%. 81% of respondents under 35 said that live tv was their primary consumption.

So what does that say for all of these new high growth potential tech companies in the US looking to disrupt the live television industry, at this time it may be a lot less than they thought.