Got $9,000 Add The Lynx Smart Grill To Your Tailgate Rig 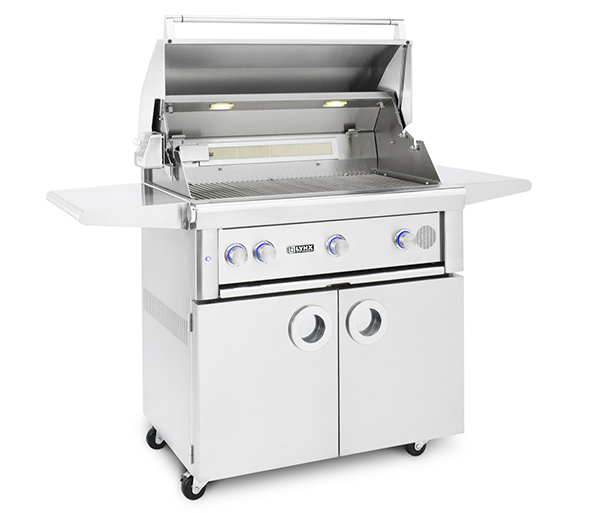 Move over iGrill, weekend warrior grillers with big pockets will soon be able to fork over $6,000 to $9,000 for a “Smart Grill” by Lynx.

The Smart Grill prototype was unveiled at the 2014 International CES and this year Jim Buch and the crew at Lynx are back in Las Vegas showing off the Smart Grill that’s ready for backyards and tailgate parties everywhere.

So what’s worthy of calling a grill “smart” and charging almost as much as a Ford Festiva for it?

Well for starters the Smart Grill has it’s own internal menu and it’s willing to learn any outdoor grilling favorite recipes of yours. Then the grill ignites itself and sets itself to the proper temperature to cook up whatever you want to eat. Then, through a series of audio, video and mobile prompts, the grill tells the attendant when to turn meat over, and when to take it off the grill and voila any idiot with a little bit of extra money and the ability to follow app instructions, can become a grilling barbecue MacDaddy.

The Smart Grill can grill anywhere from rare, to medium rare to well done and everything in between. But what makes it even smarter is that the folks at Lynx know that your dad’s medium rare may not be the same as my mom’s. That’s why the Smart Grill learns from the user. The next time you tell the Smart Grill to cook 4 medium rare cheeseburgers it will ask you if they were cooked enough the last time it prepared the same food. From there you can calibrate your recipe and it will lock it in it’s memory.

The SmartGrill runs on Lynx’ proprietary MyChef operating system and it’s companion SmartGrill app. The Smart Grill is optimized for voice recognition and they’ve even taken into consideration that when you’re cooking outside it may be in conditions where it would typically be hard for a computer to hear and understand a user.

Lynx’s iOS and Android app is refreshed and ready to become a virtual sous chef with a simplistic and intuitive design. Directly monitoring cooking times, temperatures and more, the SmartGrill app tells users when attention is required by sending different alerts. For additional security SmartGrill users can shut off the grill remotely using the app. SmartGrill also has an emergency shutoff if it doesn’t receive instructions for 30 minutes.

The Smart Grill can be seen in Las Vegas this week at the 2015 International CES and will be available for purchase beginning in March.