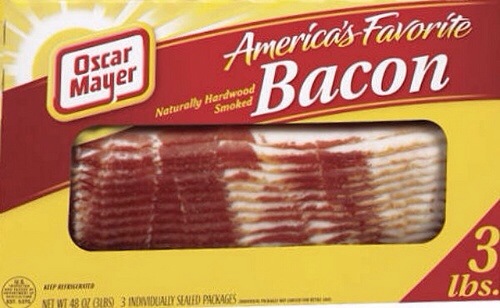 Back in December, we brought you the story about a new app and device that makes your iPhone smell like popcorn. Not to be outdone the folks at Oscar Mayer, (yes the bologna people) have created a device that turns your iPhone into a bacon scented alarm clock.

Every single person dreams of waking up to the smell of sizzling bacon coming from the kitchen. Of course when you actually wake up you realize it’s just a dream because the only way you can have bacon for breakfast is if you make it. Sure you could set some kind of crazy timer contraption, but chances are the fire department would arrive before you wake up.

Well Oscar Mayer has saved everyone who wants to wake up to the small of bacon.

Business Insider reported Wednesday that the bologna, hotdog and bacon giant, has developed a small device that hooks into an iPhone’s headphone jack. When combined with an Oscar Mayer iOS app, that device can be used to emit the smell of crisp sizzling bacon whenever you set the alarm.

The only caveat is, you won’t be able to buy the “wake up and smell the bacon” device in stores. In order to get one you need to fill out the form at wakeupandsmellthebacon.com. The devices will be in limited supply but if you don’t score the device itself, signing up will give you access to the app so at least you can hear the sizzle.

“With nearly two million mentions of #bacon on Instagram, it seems people never get tired of bacon. That’s why our team decided to develop a device to give folks what they long for most,” said Tom Bick, senior director of integrated marketing and advertising at Oscar Mayer. “As the category leader, Oscar Mayer is thrilled to bring the first-ever, bacon-scented mobile device to market, giving bacon aficionados a new reason to welcome their morning alarm clocks.”