The Greatest Thing Since The T-Shirt Cannon 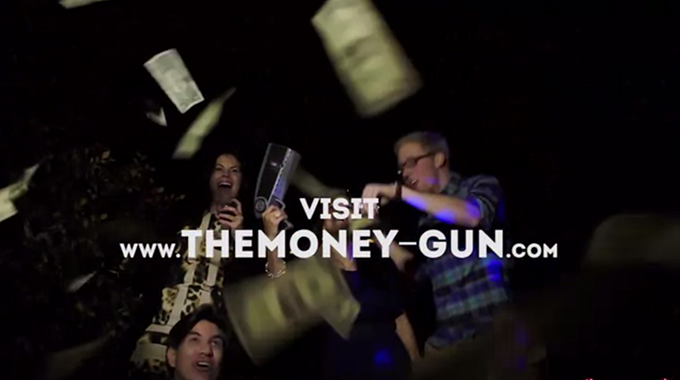 Years ago when NBA mascots including the coyote from the San Antonio Spurs, were looking for a way to get souvenirs to the upper deck, they turned to a spud cannon. The earliest t-shirt cannons weighed 90 pounds “It was like carrying a TV set on your back. The gun was probably at least four feet long. It used a cast-iron pipe — the kind that goes into the floor underneath your commode. It just weighed a ton.”  Tim Derk a former San Antonio Spurs mascot told the New York Times.

Over the years the designs have become more efficient and weigh a heck of a lot less. The t-shirt cannon is almost expected every time you go to a sporting event. In fact, now they have companies that have created stationary turret style cannons that launch multiple t-shirts out to the crowd.

Well what if those t-shirt cannons shot out money.

We’ve all seen the money booths at the state fair and even at basketball and baseball games. Some lucky fan gets to stand in a telephone booth sized machine for sixty seconds while a vacum sends money flying all around. It’s always one lucky winner while everyone looks on. What if there was a machine like the t-shirt cannon, that instead of shooting t-shirts, shot dollar bills, twenty dollar bills or even hundred dollar bills out to the fans. 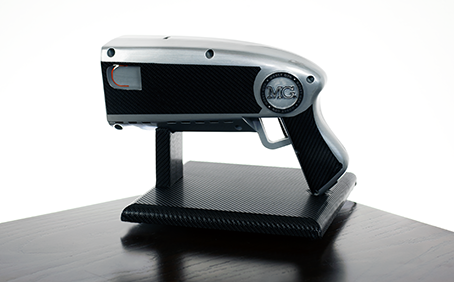 It would probably be called The Money Gun and it would be created by New Orleans based entrepreneur and designer Michael Schexnayder.

The Money Gun is the ultimate product for business promotions and people looking to promote themselves. Money is one of the best promotional and marketing tools and The Money Gun makes it that much more effective.

Maybe you’re having a staff party celebrating really big numbers for your company at your favorite night spot, fire off the money gun and give back to your employees in a truly fun and unique way. Maybe you want to spice up a professional sporting event, The Money Gun can do that.

The Money Gun holds 100 bills in any denomination and when you’re ready you just pull the trigger and make it rain.

You can check out The Money Gun here.