Photowall for Chromecast Turns Your TV Into a Photo Collage 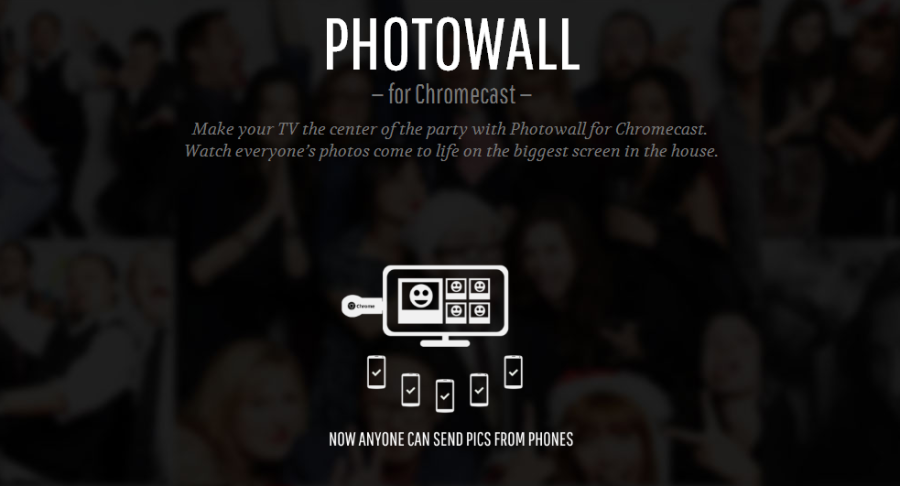 Ever since Google opened Chromecast to developers, on 3 February 2014, we have been seeing an influx of fun and creative apps.1 From those that play music, or allow you to play games, or even display masterpiece works of art on your TV. However, on Monday, Google released its very own app for the Chromecast: Photowall.

Photowall is pretty cool. Essentially, Photowall allows you to turn any TV connected to a Chromecast into a sort-of digital picture frame. The app allows one, or many, to send images to the TV from a phone or tablet. You can also draw on these images. Here is the Google Play Store description of the App:

Photowall for Chromecast is a new Chrome Experiment that lets people collaborate with images on the TV – using phones or tablets. Anyone can take a picture and send it to a Photowall to instantly see it on the big screen.

When you’re finished, a YouTube video of your Photowall is automatically generated. Perfect for sharing with everyone who took part.2

If you don’t have a Chromecast, there is a Photowall web app that allows you to do the same thing on a computer screen. I gave Photowall a try. I had a few pictures from SXSWEdu and I uploaded them into the app. I combined them into a photo wall, hence the name: 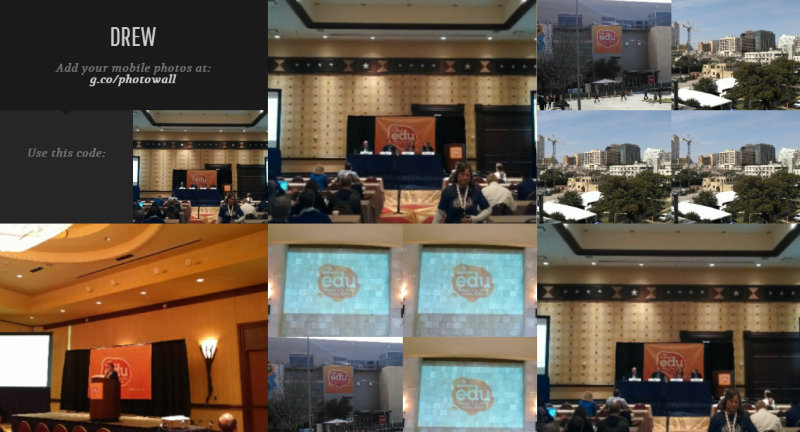 It turned out a bit clunky. The photos are constantly rotating, and it seems that they often repeat themselves. I only uploaded 5 photos, though, so it strands to reason that the wall would be more divers with more pictures. When you are done, Photowall will pump out a video slideshow of all the pictures, and upload it directly to YouTube. Here is the video that my 5 photos created:

In all, it took about 3 minuets of work to create the image and video above. This is an interesting app, but it seems clunky and a bit awkward at times. That said, it was released on Monday, so I am sure it will improve.