The Braven 705 is a portable bluetooth speaker that can fit many audio needs without breaking your wallet. This speaker looks good and includes helpful features not seen in some other speakers. It has vibrant color options: yellow, purple, blue, gray and a few other to fit your style. 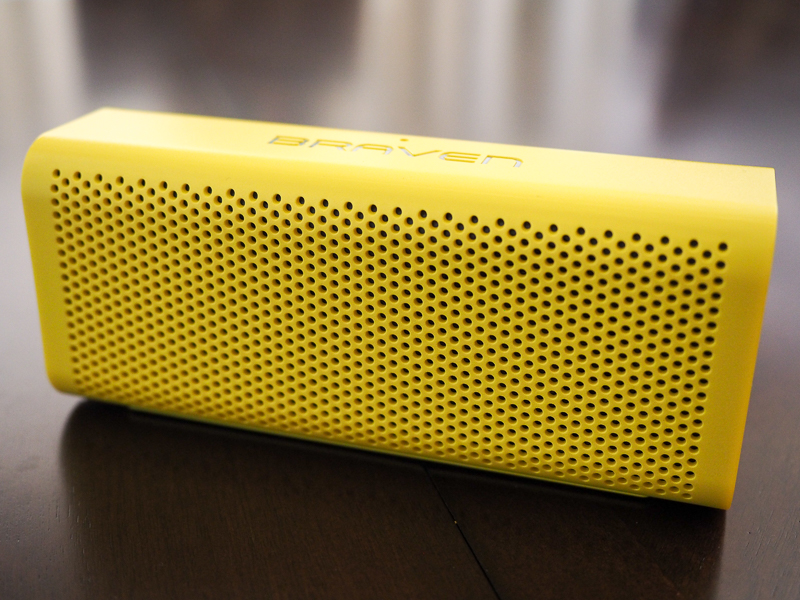 Although the Braven 705 costs around $100, it has some unique features. The three most prominent are the ability to charge another device, the bluetooth audio passthrough, and IPX5 water resistant certification. The 705 will charge your phone or other usb device with up to 1400 mAh capacity. That’s not enough to fully juice up a flagship phone; it will give you a 30-50 percent boost for long days and nights.

The bluetooth audio passthrough works with your home stereo or other device that has a 3.5mm audio input. In this situation, pair your phone with the Braven 705, then plug an audio cable into the “audio out” jack of the Braven and into your stereo receiver. The Braven now receives your audio over bluetooth and feeds it into your stereo. No portable speaker can give you the same experience as pumping your music through a 100 watt receiver with a sub. The Braven can help you get it accomplished.

Battery life is between 10 and 12 hours. It takes roughly 3 hours to charge. Braven also touts the ability to pair two of their units together for true stereo sound and increased volume. According to the manual, push a few buttons and within seconds your bluetooth device can be pumping out stereo sound via a set of these speakers.

Controls are simple and large using the four buttons on the right side of the unit. Volume up, volume down, power on/off, and a play button that also functions as an answer/end call and pause and resume music. You hold the volume up or down buttons to go to the next or previous track. 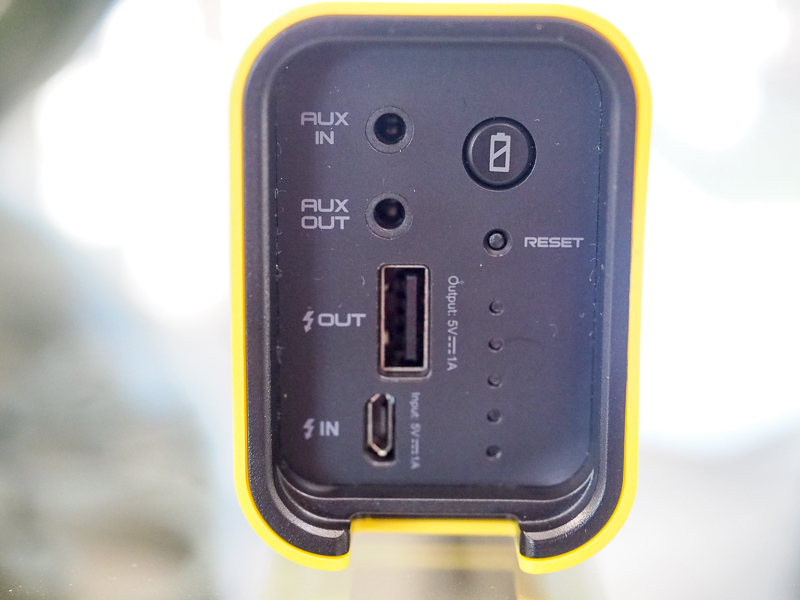 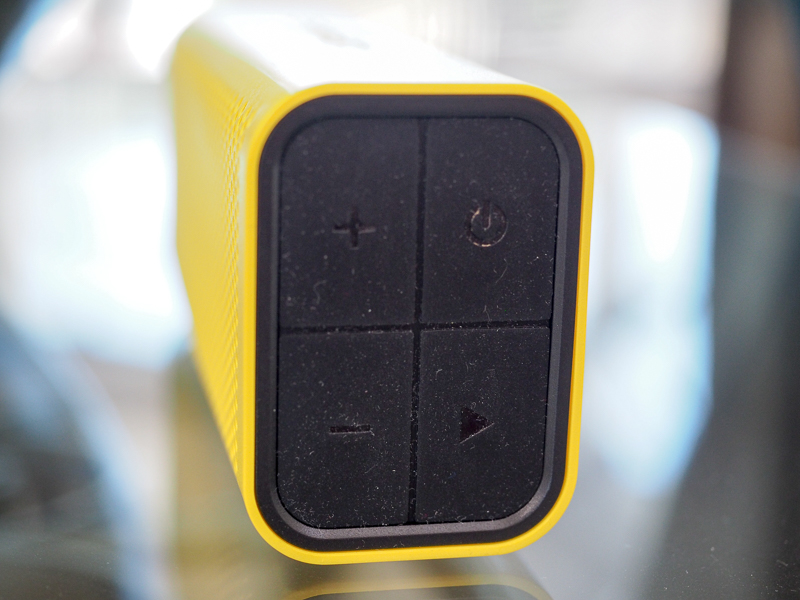 This device is about 6 inches wide, 3 inches tall, 2 inches deep and is built very well. The speaker feels solid enough to throw it into a loaded backpack without fear of it cracking. The IPX5 water resistant rating means it’ll survive some direct kitchen or bathroom splashes. Just don’t drop it in the pool or bathtub.

The Braven 705 sounds good on music and podcasts. It’s tone could be described as bright and clear. If you like to hear more bass, one trick that works with almost all portable speakers is to place them in a corner or next to a wall to boost the low end. The audio played flawlessly and I had no errors or stutters. The speaker also reaches a good volume before distortion is heard. Phone calls sounded good. Callers hear you through a mic that is positioned on top of the speaker. Compared to the similarly sized UE Boom, the Braven had more high end and more clarity. It lacked some of the lower midrange of the UE Boom.
If you’re looking for a stylish speaker that brings clarity and function to the party, the Braven 705 deserves a good look. 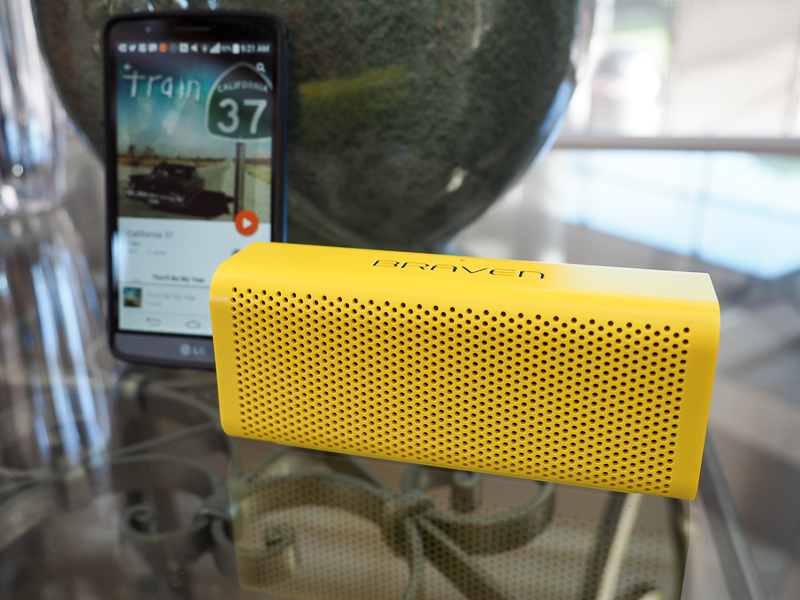