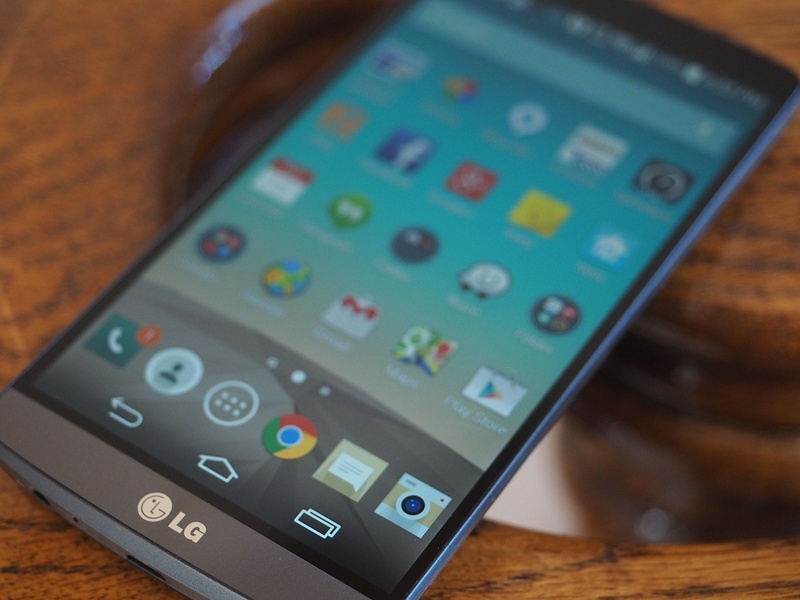 The Android super phones of 2014 have solidified: The Samsung Galaxy S5, the HTC One M8, and the LG G3. All feature somewhat larger builds, with the M8 speakers giving it more height and the G3 entering phablet territory with a 5.5” screen. The 4.95″ Nexus 5 had been my daily driver since it was released in late 2013 and will be my major point of comparison. It’s been a solid phone. Stock Android is a great experience and the fast updates are the icing on the cake. Even though it’s only half of an inch, moving to the G3 has been noticeable in many ways. 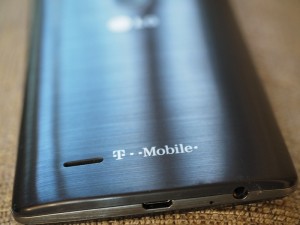 The screen resolution sees a substantial bump to 2560 x 1440. That’s room for another column of app icons on the home screens adding an additional four apps with the Google search bar present. The G3 screen is beautiful in every way. While not as over-saturated as the S5, the G3 screen provides an accurate portrayal of pictures and graphics. The G3 screen was slightly more usable in bright sunlight than the Nexus 5. Phone usage in a dark room also slightly improved where the G3’s auto dimming seemed able to reduce the brightness slightly lower than the Nexus 5. Most apps seemed to scale the fonts well with text appearing quite readable. One exception is the Raindar app, which I use quite often to see proximity of storms. While Raindar uses Google Maps for the background, unlike Google Maps, it does not scale the fonts properly. City and street names were consistently too small on the G3 screen on Raindar. Other app developers will need to make sure their apps are ready for quad HD resolutions. Waze updated their mapping app to take full advantage of the extra screen real estate within the last couple months. 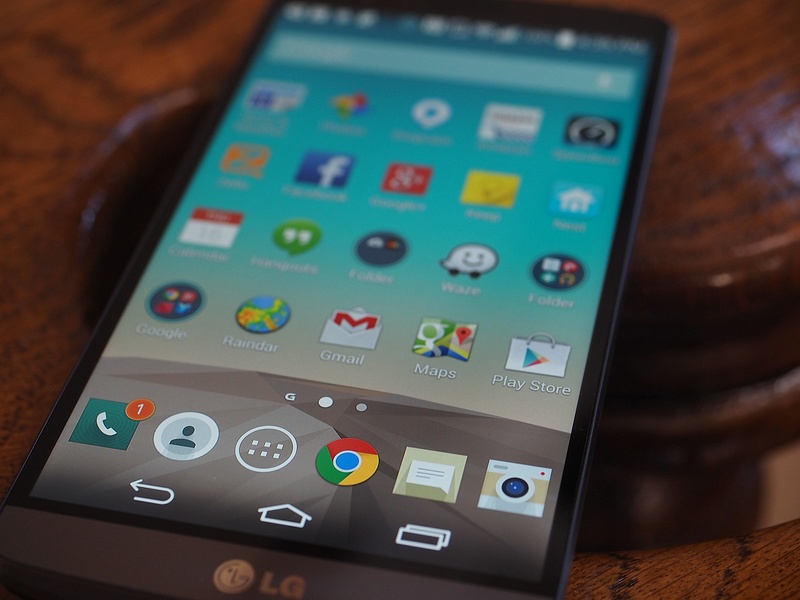 It didn’t take much convincing to realize placing the power button in the center of the phone was a benefit on a phone this size. You can turn it on with one hand without feeling like you’re stretching your hand all the way around to hold it secure. I learned to appreciate how the volume buttons were positioned on the back as well. They an also be programmed to do different things while long-pressed (quickly open the camera app for instance). While walking or biking, it was each to put a hand in my pocket, feel the power and volume button area and raise or lower the volume.

The G3’s Snapdragon 801 processor is fast; there was never a time where lag entered into the experience. It felt as quick or faster than the Nexus 5 in everyday use. All that screen resolution and real estate takes a toll on battery life; thankfully LG included a 3,000 mAh removable battery with the G3. The G3’s battery usually lasted a full day and then some with normal use, just like last years G2. One feature I wish was standard on all versions is wireless charging. The Nexus 5 worked wonderfully on the Nexus charger or the beautifully designed Tylt charger in my office. The big US carriers are selling the G3 without wireless charging ability built in; you can buy an LG Circle case to add wireless charging ability. A flagship phone should have wireless charging out of the box in 2014.

The LG Android overlay isn’t nearly as much a change to the Android system as some other manufactures. It didn’t get in the way, and may have added some value to parts of Android. The knock-code feature seemed like a gimmick at first, yet I find myself using it exclusively to wake up the phone.

The camera takes gorgeous photos with its 13MP sensor. 4K video looks great. The laser focusing works well and is very quick. Low light photos appeared to have better quality than the Nexus 5; they are on par with other flagships in the second half of 2014.

Speaker volume is a bit louder than the Nexus 5 with streaming audio and phone calls. Neither phone comes close to the audio quality of the speaker on the M8. The earpiece sounds good. HD voice calls on T-Mobile sounded wonderful.

Speaking of T-Mobile, wow on data speeds. I moved from one of the other large carriers after data speeds had been suffering in my area for months. LTE speeds rocked up to 75Mbps in wideband LTE areas when I was traveling near Atlanta and parts of Tampa. In other T-Mobile LTE areas 35-40 were quite common. Thankfully they are enlarging their LTE and wideband LTE footprint rapidly over the next year. 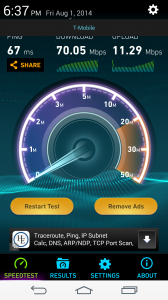 The G3 held onto wifi signals well. The option to disconnect from weak wifi signals helped the phone to switch to cellular data quickly at the edge of usable wifi. My area now has a significant number of free ‘cable-wifi’ hotspots around town. While driving, if the phone was streaming audio from Pandora, iHeartRadio, or Tunein Radio, etc., it would lose the connection when it locked onto nearby wifi if that hotspot required a sign-in. I’ve learned to drive with wifi turned off when streaming audio playing. 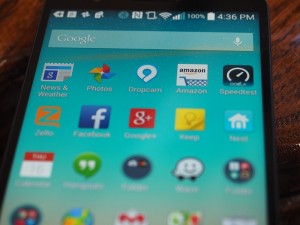 The biggest difference between the phones for me has been the sheer size of the G3. It’s larger to hold, a bit more difficult to toss in your jeans pocket, and doesn’t fit into a cup holder as easily as the Nexus 5. My hand and wrist were feeling some pain the first week of heavy use. Even with relatively large hands, the G3 is more difficult to use one handed compared to other 5” or smaller phones. Those issues aside, I got used to the size within a few weeks and now the Nexus 5 feels small in hand compared to the G3.

A 5.5” phone feels like the limit for my comfort zone. The G3 is an excellent phone with a beautiful high-resolution screen. With the Nexus 6 out within days, users will need to decide if they can use and enjoy a 6 inch phone or if 5.5 inch or below fits their hands and style better. 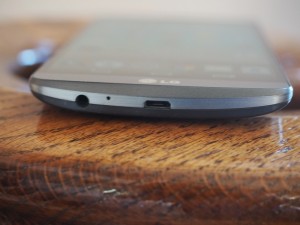 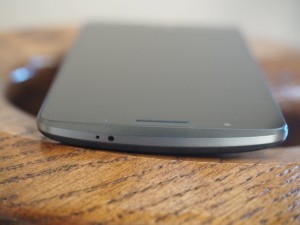 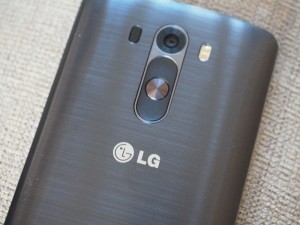