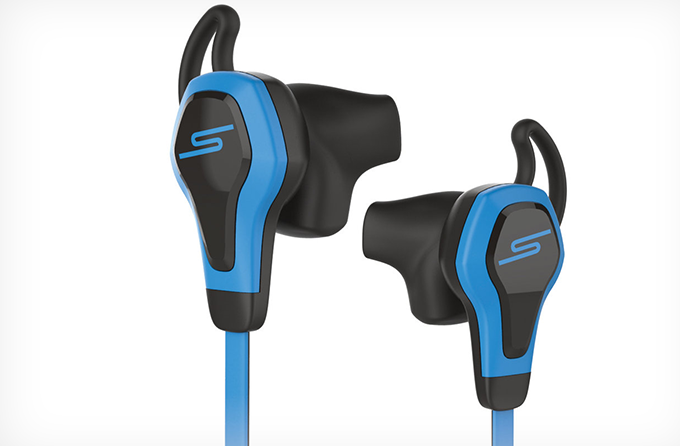 Most people love listening to music while they work out. Whether that workout is a job, bike ride or even lifting in the gym, we’ve got to have our jams. Nowadays many people are also using some kind of fitness tracking device like a Fitbit to keep up with their workout.

Recently, we’ve started see the marriage between headphones and sensor devices. Last month we brought you the story about Freewavz a new headphone system that allowed you to listen to your music and track your workout. Just last week Freewavz reached their Kickstarter goal and they’ll be bringing to market a over ear headphone that uses technology similar to a pulse oximeter that measures hear rate, bpm, steps and oxygen saturation.

Now, Theverge reports that 50 Cent’s SMS Audio is preparing to release another pair of in-ear headphones that have biometric capabilities to record the heart rate using built in optical sensors. The technology has been developed by Intel and was shown off in January at the International CES show in Las Vegas.

The in ear headphones, called “BioSport In Ear” will work with the app RunKeeper which will track the users data and record heart rate, pace, distance, elevation and how many calories the user has burned.

No street date or price has been announced, but they are expected to come soon. The Verge priced a similar pair of SMS in ear headphones sans the biometric capabilities for $79.99