There are a ton of great products out there that enhance the TV watching experience. There are a lot that you would expect, things like surround sound and tablet apps. However, we just came across a Geek.com article that highlights what is easilly one of the coolest things we have ever seen. Ever, not just in TV accessories. This is the ButtKicker: 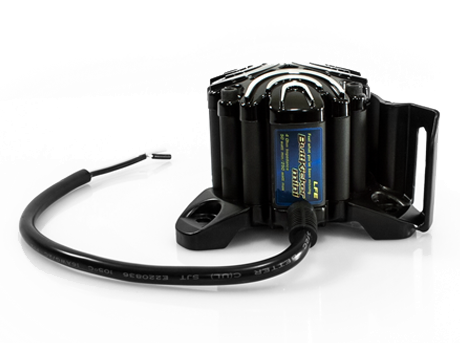 To set the stage, here is Geek’s rundown of the ButtKicker, “[the] Guitammer [Company] is the force behind ButtKicker low-frequency transducers, piston-powered devices that turn audio input into physical vibrations. They’re used in loads of 4D theaters like the ones at Disney, Universal Studios, and perhaps even your local IMAX.’1 That’s all well and good, but what does that have to do with watching TV at home? Well, The San Jose Sharks recently wired up their entire stadium to “detect the vibrations of hockey players crashing into the boards.”2 All of these vibrations will be translated into a 4D viewing experience for hockey fans:

At the arena, 76 sensors attached to the panels that ring the rink detect the vibrations of players crashing into them; Guitammer’s “4D Sports” system converts those vibrations into a signal that a technician monitors and makes sure is mixed properly into the TV coverage of the game. (A process that they say will eventually be made automatic; this is admittedly an early version of the technology.) The vibration information goes out to viewers as part of the standard television feed. To feel the impact of the hits at home, TV viewers will need to purchase the $300 ButtKicker (I kid you not), a gadget that attaches to a chair or couch and uses low-frequency audio signals (the company calls it a silent sub-woofer) to shake the furniture in perfect synchrony to the on-screen action.3