The Internet Of Things Comes To Home Brewing

Homebrewing has become one of the most popular hobbies of this decade. More and more households have taken to crafting their own beers for fun and even competitively.

Homebrewing can be tricky though and making sure everything comes out just right can often be a headache and can result in well, bad tasting beer. That’s why Corey Simonson has created Hosehead.

Hosehead is a Raspberry Pi based electric home brewery controller that can be accessed and run from virtually any computer, tablet or smartphone. Simonson has created Hosehead to work with HERMS, RIMS or eBIAB home brewery setups. The device is meant to be accessed from multiple platforms with no software to install. 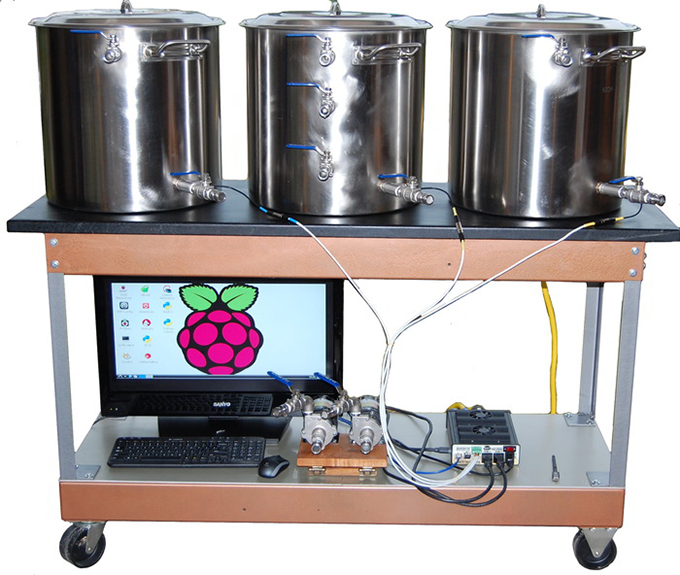 “This was achieved by Doug Edey, Creator of Strangebrew Elsinore, and myself, creator of Hosehead. Strangebrew is a Java based open source electric brewery software for the Raspberry Pi & Beaglebone Black credit card sized computers. Strangebrew turns Hosehead into a web server, this allows Hosehead (and your brewery) to be controlled by virtually any computer, tablet or smart phone without regards to what operating system it is running. Pc, Mac, Linux, Android, it doesn’t care as long as it has a web browser that supports javascript and CSS which most all do. The device needs to be hooked to the same network or wireless router to be accessed.. unless you are savvy enough to reprogram your home router so it can be accessed from any internet computer. We loaded it with features and made it super easy to set up, this allows the end user to skip the do it yourself learning curve and get to brewing in no time flat. Check out Brewtronix.com for a complete list of Hosehead’s specs. ” Simonson said on his Kickstarter page.

Simonson is hoping to get an entire company off the ground that can be devoted to helping home brewers through the latest technology.

If you’re into home brewing you can check out Hosehead and Brewtronix here and on Kickstarter.