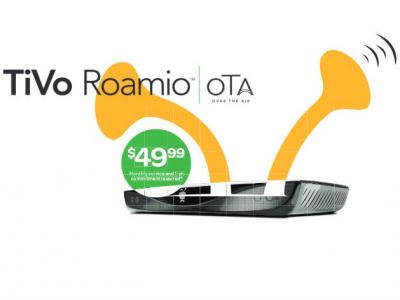 Tivo was one of the earliest names in the DVR business. Tivo was around before cable and satellite companies started including DVR technology in cable boxes. It was cable tv and satellite tv that made the DVR industry relevant but now there’s been a significant shift in the way people view television, and that is of course, the cord cutters.

With more and more people switching to on-demand programming via a set top box or dongle like Roku, Boxee or Chromecast, cable and satellite providers are losing more and more customers.

With new HD and digital signal requirements, over the air signals are in near as good quality as they were using cable. Your local Fox, NBC, ABC, CBS, CW or other network affiliate looks crystal clear on your tv with the latest over the air signal receivers.

Tivo has responded to this group of cord cutters and those viewers that just opt to not have cable with a new set top box called the Roamio OTA, which costs just $50 compared to the $200 that regular Tivo models start at. Customers with the Roamio OTA will also need to pay a $15 subscription fee for the data services used to track shows and times.

This box will let users record multiple shows over the air and watch them at the users leisure. Tivo isn’t abandoning it’s core business. Original pay TV based systems start at $200 and go all the way up to $600 for the Roamio Pro which can record six shows at once and stream them to a mobile device.