Watchdogs Being Blamed For String Of Highway Hacks 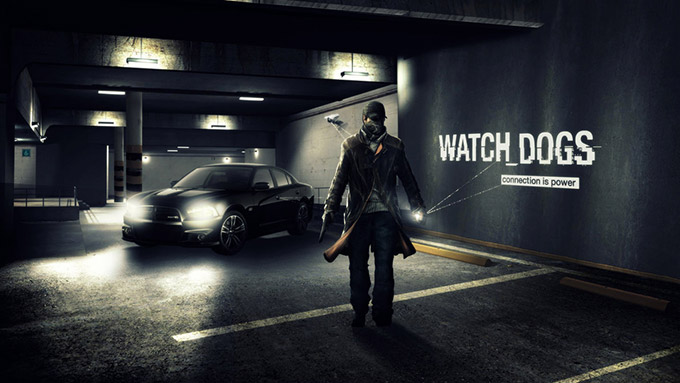 We knew this day would come, we’re actually surprised it didn’t come sooner. American’s have this way of blaming video games for everything and that hasn’t changed with a recent brash of highway hacks.

Krebs On Security, the website run by security expert Brian Krebs, who broke the Target hacking scandal story, reported late last week on the highway hacks. In a story called “They Hack Because They Can”, Krebs reports on at least three highway signs that had been compromised in North Carolina. 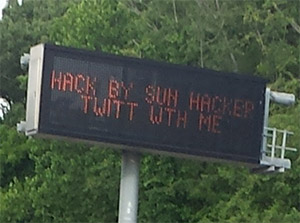 The signs were changed to read “Hacked by Sun Hacker Twitt With Me”. It may seem innocent enough to hack some roadway signs but it’s also a reminder that most of the infrastructure in place these days is controlled by connected computers.

This isn’t entirely new, back in June of 2012, a hacker had hacked into a series of highway signs and changed them to read “Warning Zombies Ahead”.

The difference between the incidents in 2012 and now is a new hit game called WATCH_DOGS by Ubisoft. The game was released on May 27, 2014 and has since become the biggest new IP launch in the UK. It was extremely popular in the US launch week as well when it was released for Windows, Xbox 360, Xbox One, PS3, and PS4. Ubisoft will release the game for Wii U later this year.

WATCH_DOGS takes place in Chicago Illinois and the object is to hack your way through the adventure. Throughout the game the character the user plays is hacking into closed circuit television systems, ATM machines, characters phones and of course highway signs.

The Multi-State Information Sharing and Analysis Center (MS-ISAC) sent out a warning about the recent highway sign hacks. The warning pointed out, like we did above, that changing the highway signs could become a public safety issue, not just because a hacker could potentially change the signs to something dangerous, but drivers slowing down to take pictures of the hacked signs could cause accidents as well. The report cites a probable cause of these hacks as being “sloppy security on the part of those responsible for maintaining these signs” Krebs reported.

Later on in the report the MS-ISAC cites WATCH_DOGS as a possible reason for the hack.

“…likely coincides with the May 27, 2014 release of the video game ‘Watch Dogs,’ in which game play revolves around ‘hacking,’ with a focus on hacking critical infrastructure-based electronic devices in particular. Watch Dogs allows players to hack electronic road signs, closed-circuit television cameras (CCTVs), street lights, cell phones and other systems. On May 27, 2014, the malicious actor posted an image of the game on his Twitter feed, demonstrating his interest in the game, and the compromise of road signs occurs during game play. CIS believes it is likely that a small percentage of Watch Dog players will experiment with compromising computers and electronic systems outside of game play, and that this activity will likely affect SSLT [state, local, tribal and territorial] government systems and Department of Transportation (DOT) systems in particular.”

The warning goes on to suggest that hacks like this could lead to bigger hacks and compromises in infrastructure reminiscent of the 2007 Bruce Willis movie “Live Free or Die Hard” where Willis teams up with a young hacker, consequently played by Justin Long the “I’m a Mac guy”, to take down “Thomas Gabriel” an internet terrorist. Thomas Gabriel infiltrates the infrastructure in the Washington DC area causing traffic accidents, absolute gridlock and a myriad of other problems. Gabriel’s  goal is to cause a big enough distraction where his team can go into a data and money vault outside of Baltimore and steal all the loot.

Krebs, who is known for his indepth and hard hitting coverage of hackers and the groups that have orchestrated some of the biggest hacks in the country, feels that if something were to ever come from hacks of highway signs it would be from an inexperienced hacker who was just amused by the fact that they can do it. He’s also pretty dismissive that it has anything to do with the video game.