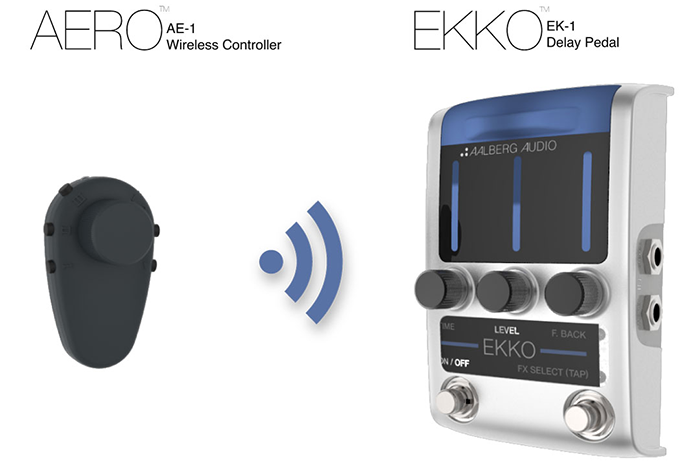 Innovations in wireless music technology have made it possible for guitar players to be just as animated and free to roam onstage as singers with wireless microphones. Using wireless pickups, guitar players can go out into the audience, crowd surf and take whatever position onstage that they would like.

Except when they need to change their effects.

Since effect pedals were first introduced in the 1960’s they’ve always been stationary units. The latest innovations in guitar effects have allowed for crazy sounds, effects and algorithms that controlled those effects but they’re still relegated to one spot on the floor of the stage, within foots reach of the guitar player.

Effects pedals are activated by a guitarist stomping on them to turn them on and off and change some settings while most settings are controlled by knobs which require the guitar player to bend over and physically turn a knob on a floor based unit.

The EKKO delay pedal is a semi-analog delay pedal which features customizable effects, LED bars to indicate parameters and stereo in/out and true bypass. It’s been featured by numerous musical magazines for it’s features and sounds. 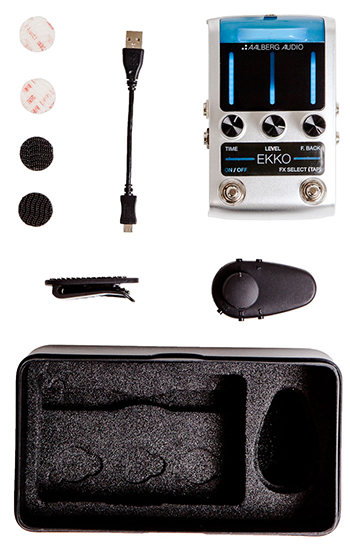 The AERO AE-1 Wireless Controller is where the magic happens. The wireless controller can be mounted onto a guitar or clipped on a guitar strap or on the guitarist’s belt. The AERO AE-1 gives the guitarist access to parameter controlling knobs and the ability to turn effects on and off by the control buttons rather than the stomp box.

The great news for guitar players is that the EKKO EK-1 pedal is the first of many that will function with the AERO system. The wireless controller has a battery life which will allow up to 9 hours of playing time and 112 hours of standby time. It can be used up to 30m away from the pedalboard and it’s extremely light.

AALBERG plans to allow the AERO to control multiple effects units on a pedal board with one controller making it a dynamic piece of equipment which will allow the guitar player almost as much free range as the singer.

You can find out more about it here.