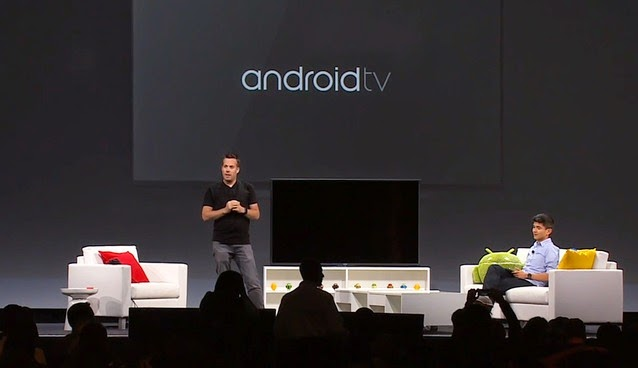 As part of Google’s major push to become device agnostic, the company announced that there is now one Android SDK that covers all form factors – phones, tablets, and TVs. For the purposes of this article, we will focus on the TV part. AndroidTV is a long-time coming. Google TV was a failed experiment, but the company clearly learned a lot.

Although TVs are becoming smarter, it is becoming more and more difficult to develop for them. Think about it. There are several different high-end TV manufacturers pumping out smart TVs. Each one of these manufacturers has a different OS, a different set of APIs, and different developer tools. There is no unified approach to the smart TV, and manufacturers are left with the development cost. This has created a climate in which these smart TV are not nearly as capable as the smartphone in your pocket. Thus, Google has stepped in a created AndroidTV to fill the gap. 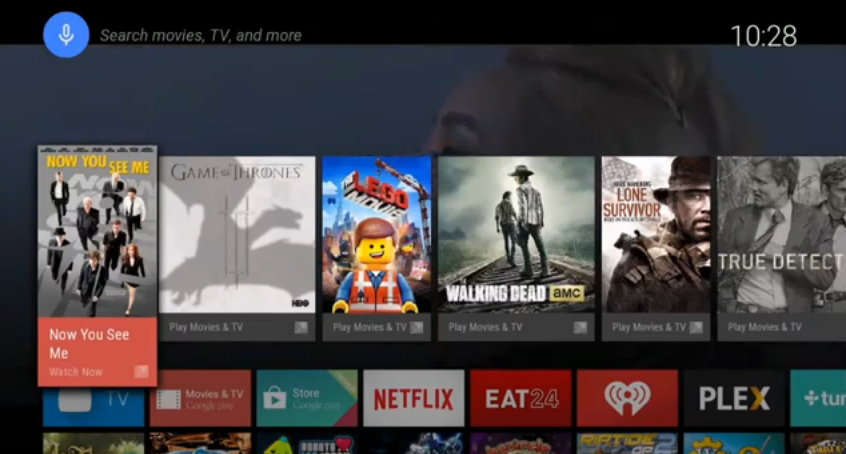 AndroidTV is nothing new, but rather it is a re-purposing of Android to fit the TV. Dave Burke, Google’s Engineering Director for Android, noted that Android TV is not a new platform at all, but rather, “we’re simply giving TV the same level of attention as phones and tablets have traditionally enjoyed.”1 The functionality is quite similar to every other Android device. When controlling AndroidTV from the app, all you have to do is press the home key to bring up the main menu (above). Withing this main menu, users are presented with all sorts of information and content choices. Things like recently watched content, apps, and games:

AndroidTV has a powerful voice-powered search functionality built right in. In the example, Burke searched for Breaking Bad. The first thing that comes up was the Google Play offering of the show, followed by various other apps that offer the show. Below that, Android TV displays the cast member, other relevant searches, and YouTube clips: 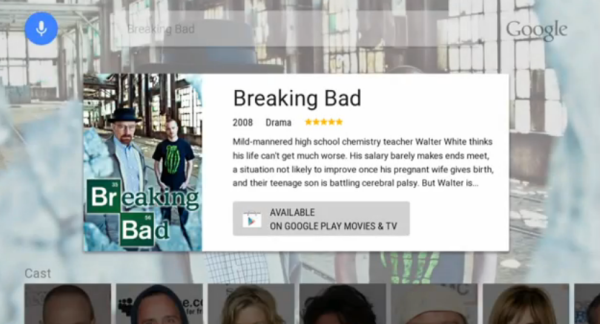 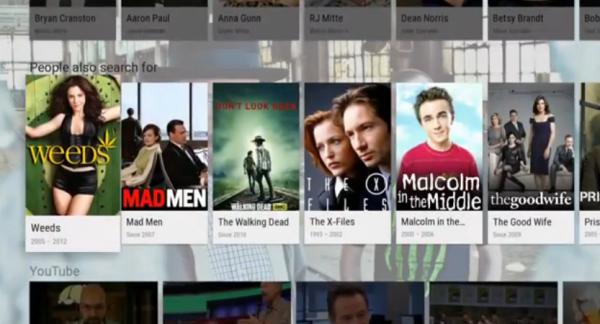 Google has also built in some more long tailed search functionality. You can search things like “Oscar nominated movies in 2002,” for example. Overall, AndroidTV is not the sexiest thing that Google announced today, but it is a real upgrade from the standard manufacturer OS on smart TVs.