How’s Your Lung Function, Sandpiper I.S. Can Tell You 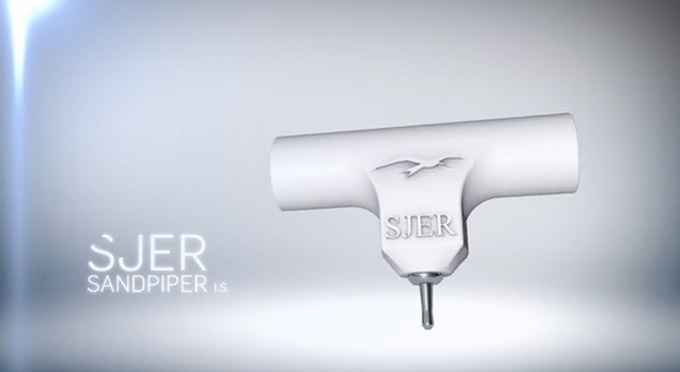 Whether you’re an athlete, musician, asthmatic or just like keeping up with your health there are several devices out there that can do that. Most devices cater to your heart, your pulse, and your activity. That’s great! But there’s no device out there now that helps you keep up with your lung function.

Most asthmatics know about the Peak Flow. The analog device looks something like an odd musical instrument and you can take a few deep breaths and get a rough idea of how your lung’s output is. The problem with the Peak Flow though is it looks silly and the technology hasn’t really changed since the 1970s.

What if there was a connected device that’s no bigger than inhaler and could readily hook up to your Android or iOS device.

Well now there is. 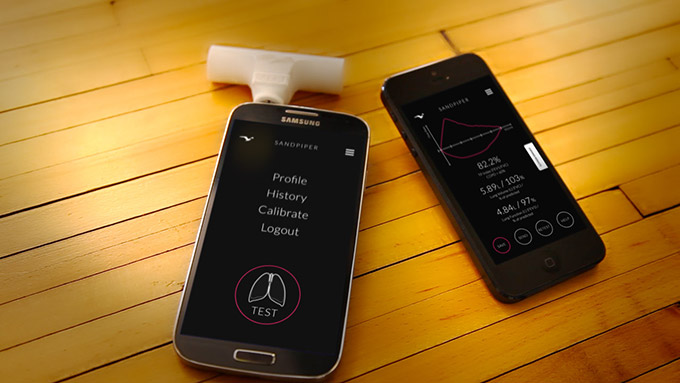 South Jersey Engineering and Research (and we assure you this is the good part of New Jersey) has developed such a device and it’s called Sandpiper I.S.

It’s no bigger than an inhaler and looks like a small plastic tube. The device connects through a smartphone’s headphone jack and delivers data based on your lung’s output, straight to the app. The research and developers at SJER have taken great care in making sure the data that comes out of the app is easy for anyone to understand.

“Many people across the world with lung ailments ranging from asthma, and COPD, to CPD and cystic fibrosis, rely on spirometry for maintenance and management of their complications. It is time we closed this gap and make personal lung monitoring better for anyone with lungs.” the company says on their Indiegogo page.

The Sandpiper Incentive Spirometer is extremely portable, affordable and generates it’s own energy which means it doesn’t need a battery or a charge.

SJER has already produced several working prototypes that have been field tested in a variety of settings. They’ve tested the device with athletes, musicians and people who suffer from  pulmonary ailments.

Athletes and musicians often train their lungs to provide maximum, sustainable output when they’re performing. The Sandpiper I.S. allows anyone to see how well their lungs are performing and if they’re training their lungs it let’s the user know if that training is working.

You can find out more about the Sandpiper IS here and here.