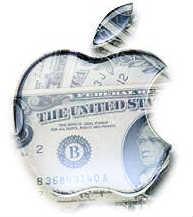 From the, oh  my goodness we knew this with coming files:

Apple is reportedly working on a mobile payment solution that will rival Google Wallet. This comes from reports from the Wall Street Journal and Pocketlint.com. Pocketlint reported on Saturday that the new mobile payment service could debut in iOS 8 and will be led by Jennifer Bailey, an Apple executive who once ran Apple’s online stores.

Apple is positioned well to offer a mobile payment solution. The company already has 575 million people signed up to their iTunes service with a credit card attached. Earlier this month we reported that Apple had filed two patents related to what was presumably NFC and in the mobile payment space. It could have also been attributed to iBeacon.

Coupling these new patented technologies with Apple’s Passbook and iTunes accounts firmly put all the components needed for a mobile payment solution already in their wheelhouse.  Apple already allows their users to purchase items in an Apple store using the Apple Store app. The payment for those purchases made by the Apple store app are billed to the customer’s iTunes account.

The ability to store credit card information on an iCloud synced keychain was introduced last year. These latest rumors could put all of these other services together to make mobile payments work in the Apple ecosystem.

While solutions like Google Wallet, Stripe and Paypal have begun to take off there is still no clear leader in the space. Verizon, Sprint and AT&T teamed together in 2011 to start a mobile wallet solution called ISIS, which just rolled out nationally in November. Also, last week, T-Mobile introduced a checking account alternative and mobile wallet solution called Mobile Money.