In more Apple news, it appears the Cupertino company is gearing up to release a new model of Apple TV. There are a lot of conflicting reports as to various content partnerships that may or may not be in the works, but there is a near universal agreement on what the hardware itself may be capable of.

According to a 9to5Mac report:

Apple has considered combining the Apple TV and AirPort Express products. Versions of the new Apple TV in testing are said to include an integrated 802.11ac wireless router…the new Apple TV will likely feature a focus on gaming, and this lines up with a recent iLounge report. We’re led to believe that the game integration will utilize existing iPads, iPhones, and iPod touches as controllers. It’s likely that there, too, will be some integration with Apple’s physical controller MFi program.

Lastly, Apple has been testing versions of the Apple TV with a built-in TV tuner component so it has the ability to control your existing cable boxes/TV stations much like the since canceled Google TV.1 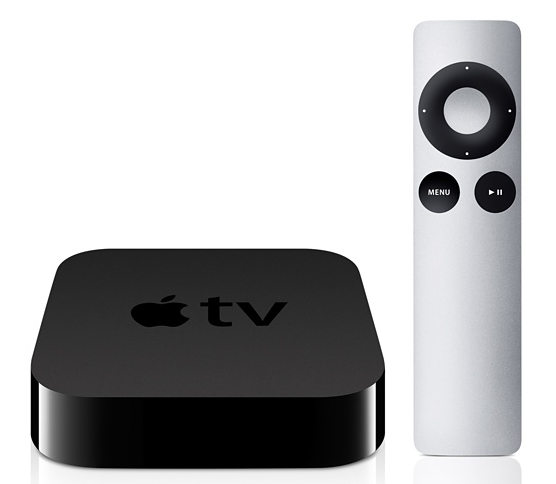 There are a great many articles and reports that back those hardware specs up. Now trying to glean any sort of idea about the future of content on the new Apple TV is a much harder proposition. A Bloomberg report with a date line of Feb 12, 2014 3:18 PM E, notes that Apple is in talks with Time Warner Cable, among others, to form some sort of content partnership.2 However, at 9:45 PM that very day came this tweet from CNBC’s David Faber:

Comcast to buy Time Warner Cable in all stock deal worth $159 per $TWC share- sources. Deal set for tomorrow morning. Ratio is 2.875 $CMCSA.

While there are some serious hurdles to this deal, and a slim chance it gets through the various anti-trust regulatory bodies, it throws a wrench in Apple’s plans for the time being.3 Whatever the case, it seems as if Apple is chasing the dragon with Apple TV. The company would be wise to follow Google, and give up on any grand designs for TV. In perhaps the best description of Apple TV, Peter Kafka of Re/code noted the value proposition:

What Apple and Roku are providing is a new interface on top of the old cable bundle you’re already paying for. And by all accounts that’s what Apple is proposing here, as well.4