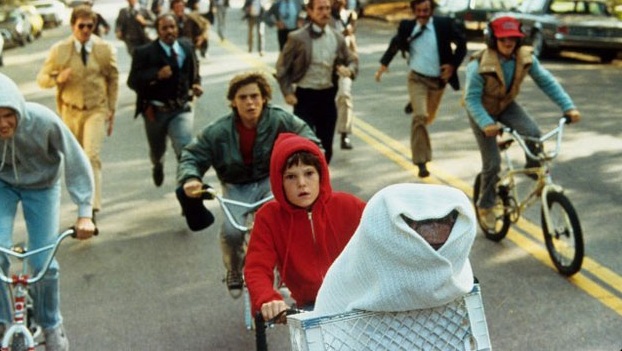 Do you remember the good ole day, where after rigorous training with your dad, mom, grandparents or an adult family friend you finally got to take the training wheels off your bike. It was no big deal if you fell off your bike and hit your head? In fact you wore your bruises, bumps and gashes like badges for the spring and summer?

Of course not too much later you could ride your bike in an approved area that was typically out of earshot from your home. You knew that when the street lights came on you best be in the house and your bike better be stored in the garage.

For most those days are long gone, but biking is still a favorite time for kids of all ages and levels. Parents though, and I sometimes tend to be one of them, have definitely changed. A bump that would have left a mark for weeks is now worthy of a trip to the ER and god forbid kids travel out of their parens line of sight. A kid riding their bike through a crowded sidewalk or bike path now better get off that bike and walk it, rather than risk a lawsuit for their parents. 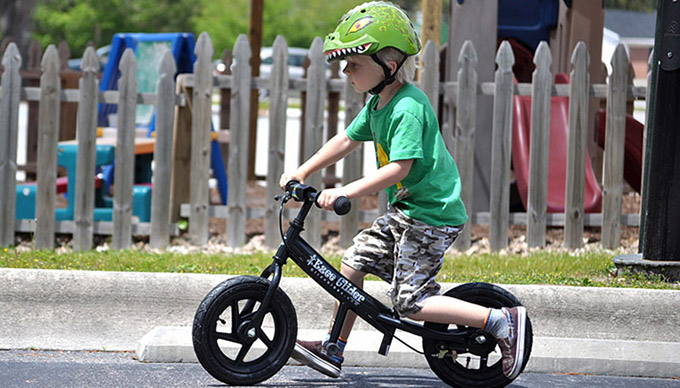 Riding a bike is hard work. Especially these days where accidents are more like mini traumas than accidents. I’ve seen parents keep training wheels on their kids bikes for three years. I know we just took the training wheels off of our daughters bike this spring. She’s had the bike for, you guessed it, three years.

If you want your kids to learn how to ride a two wheeler without the worry of training wheels there’s a new bike out there called Glide Bike. Glide Bike makes bikes that are called “gliders” or balance bikes. These two wheel bikes keep the rider centered so they learn how to balance. Glide bikes are perfect for beginners. They are two wheel bikes so kids don’t feel left out of the two wheel riding experience and after a summer or two they’re typically ready for a traditional two wheeler.

Glide Bikes are also great for special needs kids with autism, Aspergers or other diagnosis where balancing a traditional bike may be too much. You can find out about Glide Bikes here.

While biking for kids often includes a wide variety of audible screaming, singing and carrying on, people can still miss that familiar sound of a kid approaching with his or her bike. Often times while kids are riding their bikes they can see oncoming traffic, other riders, and people, from their vantage point a little better than people just walking. That’s why it’s a great idea to keep a device on the handlebars to warn people a bike is coming.

There’s a very good device preparing to come on the market now called My Bell. Developed in New York City when the co-founder needed a better way to warn people to move out of the way, the project turned into a labor of love and then a really exciting device.

My Bell allows users/riders to use two different user created or uploaded sounds to warn people they are coming. These sound clips are almost like ring tones and can be just about any sound file. The first sound is triggered with a single tap on the top of the button on top of the My Bell like a horn, bell or warning sound. The second sound is emitted by pushing the My Bell button twice. This sound is typically more creative or fun.

That second sound could be anything from an ice cream man style song to a clip from a favorite cartoon character. Heck if you’re so inclined you could use “Turn down for what”.  The sounds in My Bell are loud typically in the 90db level which is good enough to give early warning to pedestrians, or other bike riders in the way.

The My Bell also features cool lights that act as a visual warning that a bike is on the way. The lights are perfect for those rides back home during dusk, trying to beat the street lights. You can check out MyBell here.

Rest easier and let your kids right off into the sunset. Even though that goes against every grain in your body these days, it’s much safer now thanks to GPS and Bluetooth tracking technology.

Tracking devices are becoming very popular these days and there are several out there to choose from.

Speaking specifically to kids riding bikes you want to find a tracking device that is GPS capable and not just Bluetooth capable. You’re talking about keeping a tab on your kids, not your car keys or iPad. You want a tracking device with either a wrist band or lanyard so that the device stays on your child. And, of course you want one where you can see your child’s location with a smartphone app.

You may also want an app/device combination that has a geo-fence feature which means not only can you keep an eye on where your child and his/her bike is on a map, but you can also be alerted if they go outside of their pre-determined area. Yes I would have been in big trouble if they had this technology in the late 80s.

Biking is a fun way of getting great exercise. Technology like this can make riding more fun and more importantly, safer.