As schools and parents have become more and more hesitant to let children compete in any sort of physical activity during gym class – that’s a story for another time – there are few choices for the class. There has been a wholesale shift away from sports and physical activity to more of a focus on health and fitness. While this is all well and good, gym class now, for lack of a better word, sucks. But it doesn’t need to. At least that is Andy Brody’s idea. 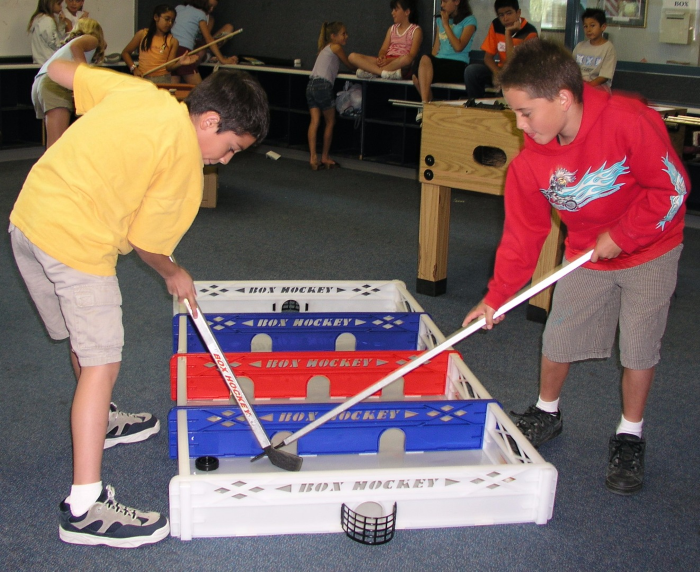 Though not invented as a classroom tool, Box Hockey is just that. As schools are moving away from competitive, physical activity, Box Hockey is a perfect game to adopt. Brody gave us a good overview of his company, and his product:

Box Hockey is also incredibly fun. While at the NAESP conference, Kyle and our 6 year old special correspondent Tatum F. had a chance to play a game of Box Hockey. Check it out: