Are Chromebooks About To Get Cheaper 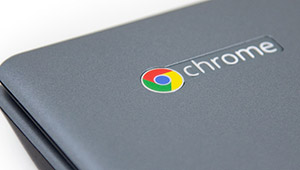 Chromebooks have found their place among educators. Many school systems across the country have turned to Chromebooks because of their affordability and because Google has made it extremely easy for educators to manage an entire fleet of Chromebooks across classes, schools and districts.

Chromebooks have also found their way amongst people that are looking for a solid machine that can tap into the Google Chrome ecosystem.

These low priced notebooks have the processing power to get onto the net and just enough storage to be able to get some basic work done on the go. With price tags under $300 it’s easy to make Chromebooks a goto device when you need a little more than a tablet but not the power of a full blown computer.

Technobuffalo is reporting that the price of some Chromebooks could even get “significantly less than $200”.

A firm called MediaTek is testing a new chip for Chromebooks that’s built on Cortex-A7 technology. These processors are even cheaper than the Cortex-A15/A7 hybrid chip that Samsung is using in their Chromebooks.

But that pricing does come with some sacrifices. The A7 architecture is over three years old which is old in the silicon world. The A7 is significantly slower than the chips that are on the market today. Even tablets and phones running with the Cortex A7 processor are sluggish compared with newer models.

There’s no definite date when we would see MediaTek processors in Chromebooks or if we will at all. Technobuffalo reports that the Taiwanese firm’s chips are already popular in developing markets like China and India. Low cost devices are very popular in those markets as well.