Code.Org Bringing Coding To 2 Million Students Across The Country [EdTech] 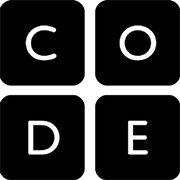 There has been a huge push to expose more students to coding and development. One of the biggest contributors to the gender gap in Silicon Valley and in the tech space across the country, is education. Seattle based code.org continues to find ways to help teach as many people to code as possible.

You may remember Code.org as the organization that hosted “hour of code” this past December. That event encouraged kids to learn to code an reached over 10 million students nationwide. Geekwire reports that half of those students were girls.

Code.org announced on Thursday that they’ve partnered up with 30 school districts across the country, including three of the top ten largest districts in the country. Collectively this partnership reaches over 2 million students. The partnership will allow teachers in these districts to pull from code.org’s curriculum for elementary, middle and high school students. Code.org will also provide professional development and mentorship support for teachers.

All of this was made possible by hundreds of donors including Amazon, Google, Juniper, Salesforce, Bestbuy, LinkedIn, JP Morgan Chase & Co, Allen & Company and Microsoft. The individual founding donor list reads like a who’s who in Silicon Valley and in the tech space.

“We are delighted to bring computer science to our classrooms through our partnership with Code.org,” Robert Runcie, Superintendent of Broward County Public Schools in Fort Lauderdale, Florida, said in a statement. “This is a transformative moment for public education, where we must develop the ability of our students to learn new things and apply their understanding to solve real world problems. Computer science brings all of this together for us.”