Create Your Own Internet Of Things With BITalino (r)evolution 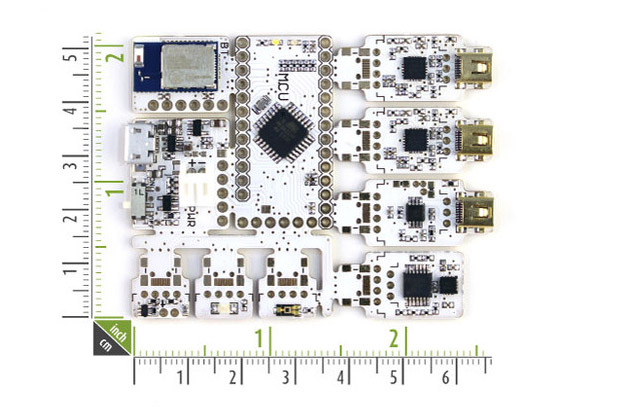 By now you’ve heard about the explosion that is the “internet of things” this can include the latest in sensorware, app infused household technologies and the ever so popular wearables. You’re probably thinking that it could cost millions of dollars to create your own perfect “internet of things” device. Well you’re wrong. It’s only $99.

If you’re a child of the 80’s or perhaps the early 90’s you may remember the science kits at Radio Shack that allowed you to create your own electronic things. You may have been a little further along and been able to fasten together buzzer boxes or even a blue box, for the fun of it of course. Well the people at BITalino have put together “a low-cost, purpose-built, all-in-one hardware and software toolkit designed for quick and easy creation of cool projects with body signals, development of quantified self wearable devices or apps, and/or learning how to build medical devices. ” the company says on their Kickstarter page.

Think of it like Raspberry Pi but for wearable devices, I know, genius right?

“Body signals have hundreds of applications; assistive technologies for people with disabilities, biofeedback for stroke and muscle disorders rehabilitation, or self-management of psychological disorders (e.g. anxiety, depression, PTSD, ADHD) are just a few examples. Still, BITalino is an unique DiY toolkit, which can be used by virtually anyone interested in creating projects ranging from muscle activated air drones to heart-rate monitoring bicycle handlebars, smart / enchanted objects, interactive installations, or affordable medical devices and personal diagnostics apps.” BITalino says about their (r)evolution board.

BITalino has the do it yourself solution to the “internet of things” phenomenon and it’s targeted towards; makers, students, developers, professors, researchers, and quantified selfers. We think it’s perfect for people into Raspberry Pi as well. You can preorder yours now here at their Kickstarter page.