GemWhere Smart, Has Your Daily Briefing And More On Your Wrist 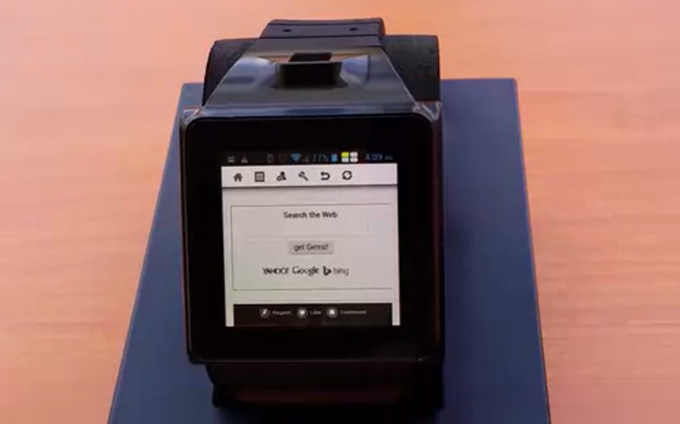 I’ve been using a Pebble smart watch since it was first released on Kickstarter. While I love my Pebble smartwatch I’m also a big news junkie and love to know what’s going on around me. I like to know when the big things happen whether it be technology, sports or even politics. The myriad of alerts I need to customize on my phone often mean I miss important stories on my wrist. When I’m spending quality family time I don’t like looking at my phone every minute.

That’s where GemWhere Smart comes in.

The GemWhere Smart is a new kind of smart watch that’s now being funded on Kickstarter. It incorporates many of the functions we’re used to on smartphones like apps, telling time, Twitter and more. However it’s main focus is news bites that the company calls Gems. Gems are customizable based on your preferences, and while you’re going about your day it sifts through news sources and calls attention to the relevant news as it’s breaking on the internet.

“Because of the copious amounts of news stretching across the internet, a person can become lost. GemWhere’s proprietary software sifts through the infinite amount of current events and information to deliver the most important and relevant reports to its wearer. GemWhere names these streamlined versions of news reports “gems.” The pleasant voice emitting from the small wearable device’s built-in speaker describes key points about each topic, helping the wearer stay alert to the most relevant news coverage or social media update, and informing the wearer of why the story is significant. The voice then proceeds to read desired news articles while the face of the smart watch displays the article. Through Bluetooth, the gadget can be connected with a car speaker.” GemWhere said in a release.

And yes they said voice.

GemWhere has a voice functionality like Siri and Google Now but with a focus on the news. Call it your own personal Paul Harvey on your wrist. This is optimal for bright hot sunny days when you may not want to look down at the watch but rather listen to your news Gem quickly and easily. Then, after you hear that Gem you can decide what to do next.

GemWhere was created by Steve Chen who previously worked at Sun Microsystems as a software engineer. Chen decided that the real estate on your wrist is extremely valuable and set out a way to bring the user current events and the most relevant information to them. Gemwhere is that way.

You can sign up to be one of the first to experience GemWhere here at Kickstarter.