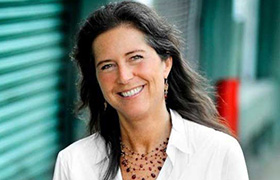 Early adopters flocked to the highly exclusive Explorer Program in hopes to get their hands on the latest technology. They wet out to bars, restaurants, schools, movies and more with a teeny tiny computer on their head, right above their right eye.

Some thought it was cool, some thought it was creepy, others even got beat up for wearing Glass in public. Google was not off to a good start with what’s supposed to be the future. Top VC Fred Wilson compared Google Glass to the Apple Newton pretty much suggesting that the idea may be right on the money but it may still be too early for a product like Google Glass.

Google has sold Glass in waves, first seeding the early adopting Explorers, then those developers who develop on Google products, then another early sign up wave and finally opening up public purchase of Google Glass, but still at that whopping $1500 price tag.

Some suggest that Google Glass may sell better with a much lower price tag, somewhere in the range of $300-$500 per pair. Others suggest it’s just too late.

Well Google is hoping that hiring marketing veteran Ivy Ross may help Google Glass all around. Ross, the CMO at Art.com has held high level creative and marketing positions at Gap, Old Navy and The Disney Store as well.

In a Google+ post Ross said: “I have spent my career–Calvin Klein, Swatch, Coach, Mattel, Bausch & Lomb, Gap and, most recently, Art.com–at the intersection of design and marketing, trying to answer questions like this in different ways, for different products,”  she continued, “But Glass is especially cool, as no one has really tried to answer them with a product like this before.” adage.com reported.

This hire definitely says that Google is ready to take Google Glass mainstream.

As Ross comes into her new position she has some clear obstacles in her way, the biggest of course being pricing and perception.

Google Glass also comes packaged with some really cool features but how can the average everyday person utilize those features the same way they turn to their smartphone for an idea of a place to eat or the latest deal on a pair of jeans. Even with some of the biggest retail brands under her belt, it certainly appears that Ross has her work cut out for her.