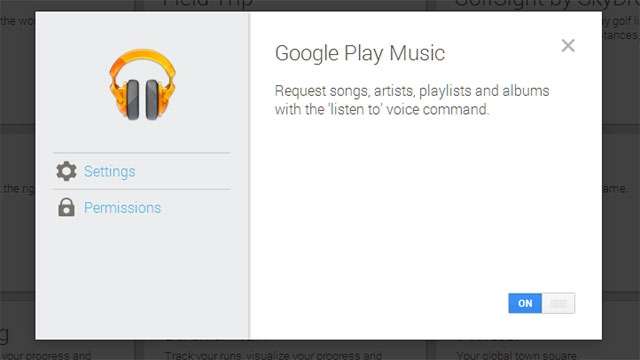 Google has just released an official version of Google Play Music for Google Glass. Previously there was a leaked build of the application that users could load and use, but being as it was unofficial it came with some bugs included. The official version is available currently on the MyGlass page as a free download for Google Glass users but if you are running the previous version you will want to uninstall that completely prior to loading the official release.

The application itself is quite feature rich and offers users a great experience. Included in this version is the “Listen to” command so users can now speak their song selection to Glass without having to scroll or search on their devices. In addition there will be a live card displayed which will show the name of the artist, song and other information that people enjoy to see when listening to music. Voice commands will also allow you to skip songs, go back pause and play and likely more in future updates as well.

Recently Google released a mono earbud with the updated version of Google Glass which will definitely be great for listening to music while on the go. In addition Google is readying a set of stereo earbuds for Glass that will likely run around $85 which would provide an even better experience when listening to music. If you are one of the current Glass Explorers be sure to head over to your MyGlass page and get Play Music loaded on your device now!