Helsinki Is Trying Out Uber For Buses 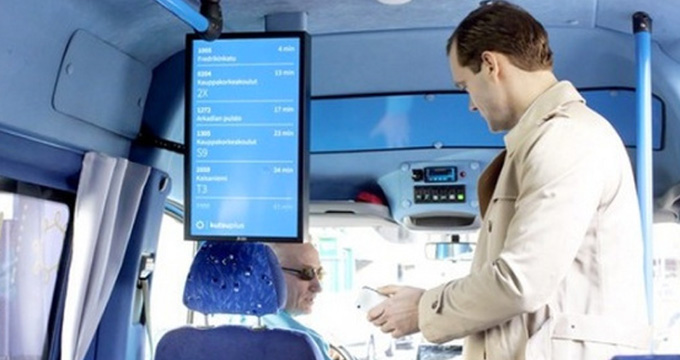 Often times we take for granted the technology and innovation that comes out of Helsinki and Finland in general. Finland gave us Nokia, Angry Birds, and depending on who you ask, Skype. Of course there’s hundreds of other tech companies that have made some sort of dent into the way society does things.

It’s apparent that Helsinki is not afraid of innovation.

Grist is reporting that Helsinki is trying Uber for buses. That’s right, use an app, and request an on-demand bus pick up. The premise is simple, more than one person is traveling in the same general direction all the time. Helsinki’s Kutsuplus.fi is technically rolling up two great ideas into one, Uber and ride sharing, and then taking it on a much larger scale by using buses.

Naturally this isn’t the most economical, and you’re not going to have a fixed amount of wait time, but the cost is still a lot cheaper than a taxi cab. The Grist reports that the service, that is currently available from 7:30am to 6:30pm, starts at a base price of $5 and ads $2 per mile. They currently have 10 buses in operation that are doing this.

Now if you’ve ever been to Helsinki, you would know that like most major cities it functions as a grid with most people traveling the same way in the morning and in the afternoon. So for them, it’s working. They plan on adding another 35 buses to the operation

“The heart of Kutsuplus is an algorithm that determines the most direct route for passengers’ requested rides and groups together passengers going in the same general direction. ” treehugger reported.

When riders board the bus they see a large monitor at the front of the bus that shows where the bus is going and lets them see when their stop is coming up. And of course because the user experience is reliant on the internet, the buses have free wi-fi.