If  we had a $1 for every time we heard about some college kids launching a startup we wouldn’t have to work anymore, but teenagers launching a startup, that’s a different story. There are a handful of great tech stories out there about teenagers that have turned an app into a bonafide startup. Some have won startup pitch competitions, Startup Weekends or investor funding. But we’ve never heard of high school students turning a senior project into an edtech platform.

That’s just what happened with Ben Gustafson and Tyler Smith did when they were seniors at Dutch Fork High School in Columbia South Carolina. Now both students are going into their senior year of college, both as full time students and full time founders of Benty the company behind Classroom Mosaic and Teacher Teams. 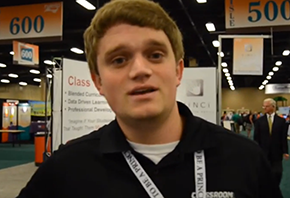 Now wait, I know you’re probably thinking that they turned some educational app or game into a startup. While in it’s own right that would be a great feat, what Smith and Gustafson have done is even more incredible.

During their senior year in their computer science class they were commissioned by their principal to develop a better way of doing teacher assessments. You probably remember the days that you were in class and the principal or vice principal sat in the back of the room with a number 2 pencil and a yellow legal pad, scribbling uncontrollably.

Sometime after that assessment the administrator would probably sit down with the teacher and go over the notes but after that they went into the black hole of file cabinets.

There had to be a better way.

Gustafson and Smith created a platform that could be accessed from any mobile device. Administrators can now give teacher assessments using their tablet, smartphone, chromebook or laptop. Classroom Mosaic is customizable as well so if certain schools are working on developing different professional skills than others, administrators can create assessment questions and text areas for feedback.

The Classroom Mosaic platform provides all the back end data to the administrators and at the district level where they can create customize reports and highlight areas that need improvement and areas where the teacher excels. Currently Classroom Mosaic is onboarding functionality that will help administrators and districts assess teacher’s performance as it relates to teaching Common  Core State Standards. 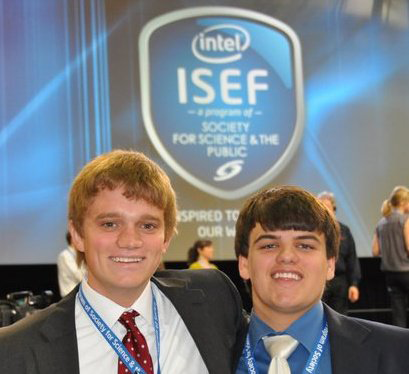 After the initial system was developed it was immediately deployed at Dutch Fork. The administrators at Gustafson and Smith’s school quickly spread the word about their new assessment platform and before too long the graduating seniors were building the system for other schools in the district.

Earlier in the year, Smith had been accepted to the University of South Carolina while Gustafson was accepted to Auburn University. Both developers could have easily moved on and called it a victory for a class project but they knew there was more. They also knew that finishing school themselves was extremely important.

So with that Smith and Gustafson went onto college and at the same time officially launched Classroom Mosaic. The company is headquartered out of the Auburn Research and Technology Park where Gustafson manages the day to day which includes a staff of four developers and one customer service manager in between classes and other extra curricular activities.

During Gustafson’s sophomore year the Auburn Research and Technology Foundation opened up an incubator space. When they made the official announcement Gustafson was the first student to go over and check the place out. “As soon as the opening was announced on campus, Ben was in my office telling me that he had already started a company” Doug Warrington the Director of Tech Transfer at Auburn University told Techfaster. The company has already doubled in size since taking up residence in the incubator.

“Auburn has some amazing resources and they were able to help me find employees that have really worked out for the business”. Gustafson said. He talks with Smith daily while they’re in school and they both work together during the summer. Benty was able to attract talent from campus and the surrounding community like their customer service manager Will Sanders who left customer service giant Afni for a chance to work with the promising startup.

Lynn Wolf an administrator with Bismarck Public Schools said “It looks like an incredible product, but the story behind it makes it even more worth while”. “Two students turning a senior project into a company like Classroom Mosaic is a very inspiring story” Tammy Williams of Washington County schools said. Both administrators got to meet Smith and Sanders at the National Association of Elementary School Principals in Nashville.

Gustafson and Smith are making all the right moves for any young company. This summer alone they’ve made sure that they’ve attended multiple education technology events including ISTE the largest edtech conference in the country.

Both founders are looking forward to next summer when they will have graduated from college. “You could say we have jobs waiting for us for life” Smith said.

You can check out Classroom Mosaic here and sign up for a free trial.