Leo Did It, And It Was Grand, Download Trees For Cars Today 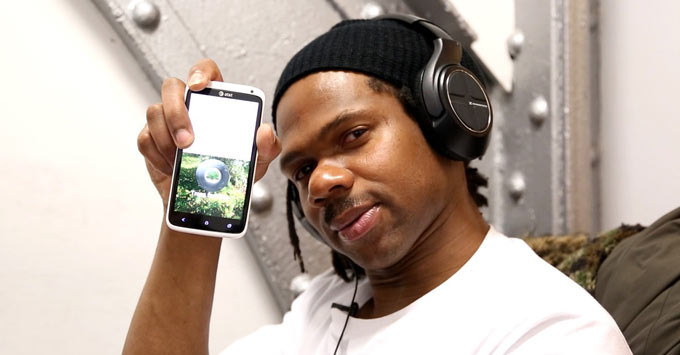 We’re not sure if a carpool app that also allows users to track how much CO2 they are saving, would be story worthy, but in the case of Leo Grand it absolutely is. Grand is the homeless man turned coder thanks to the help of Noodle employee Patrick McConlogue.

McConlogue,made tech news, big time, when in August he made an offer to a homeless man outside of the office where he works. Leo Grand was that homeless man and the offer was this: I’ll give you $100 right now, or I’ll spend a month teaching you how to code, the 2013 equivalent to teaching a man to fish. Grand went for the coding lessons and they got started.

McConlogue was met with harsh criticism across the internet, very similar to the criticism received by the Homeless Hotspots folks at SXSW 2012. For some reason these days it’s ok to give the homeless a few bucks, or snidely walk past them without giving them anything, but to try and empower them in any sort of way just makes everybody go into a tailspin.

As Futuretense.com’s Will Oremus wrote back in August, some of the outrage was over the way McConlogue originally presented the idea in a Medium post. Oremus characterized McConlogue as trying to turn a random act of kindness into a social experiment. It appeared to Oremus and many others that McConlogue didn’t want Grand to take the money, if he did he would be “justifiably homeless”.

Regardless of what the internet naysayers had to see the story of Patrick and Leo improved over time. The two became good friends through their coding lessons every morning before Patrick had to be at work. When it started to get cold in New York, Patrick’s boss at Noodle, and founder of Princeton Review, John Katzman, allowed the two to keep working on Grand’s app at the Noodle office. At first it was to let the two keep warm but the last five weeks, Mashable reports that Patrick was able to devote all of his time to getting to launch.

This morning, the app launched for iOS and Android.

Trees For Cars isn’t a ride sharing app, it’s a car pooling app. It encourages real relationships and friendships. Users can put where they need to go into the app and the app will find other people heading in that direction. The CO2 element gamifies the experience for the users, who get competitive over saving that CO2.

Leo is still sleeping in the street at the moment. The app costs $.99 and hopefully that money can help Leo become self sufficient. He’s also turned into a confident coder and hopes to secure a job. That should be easy with the exposure he’s received to date. “My first application will be at Google,” Leo told Mashable. It’s right up the block.”

I wouldn’t be surprised if he starts working at Noodle.

You can download Trees for Cars here for ios and over here for Android. You can pick up a limited edition Tree-Shirt to help support Leo and Trees For Cars

What do you think was the homeless hacker a good thing? Bounce It here!