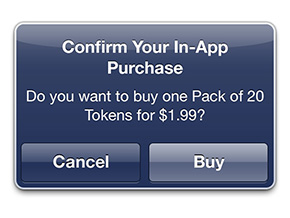 The freemium model for mobile apps and games is the most popular model by far. Sure developers can make money off of paid for downloads but it seems those companies with a freemium model make far more. The biggest example of this so far has to be King, the company behind the megahit Candy Crush. Earlier this month Kind reported revenues of nearly 608 million dollars in the first quarter.

Just in case you’re not familiar with freemium, it’s a model that allows the user to download a game or app free of charge. The user typically gets a version of the game with less features, or like in Candy Crush’s case players are encouraged to pay a small amount for “cheats” or power ups to help the player excel in the game.

To make freemium work the developers try to make addicting games where the user can complete a good amount of levels and hooks them into the game. Once the user is hooked the game becomes more difficult and then the player can purchase cheats or level ups in-game through Google, Apple, or Amazon.

The three app giants, along with French studio Game Loft are the subject of an investigation from the Italian government for exactly the things that make the freemium model work. The Italian investigation is to determine whether the app markets are misleading customers by labeling freemium games “free”.

The Italian government may go as far as to require that apps in Italy from all four of these sources, disclose an apps exact potential cost. Of course there’s really no way to tell a potential cost on some of these games. Other sanctions could include setting limits on how much in-app purchasing can be done in any given time period. Limiting a user to a certain dollar amount of in-app purchases per day is a possibility.

“Consumers could wrongly believe that the game is entirely free and, in any case, that they would know in advance the full costs of the game,” A spokesperson from Italy’s antitrust and competition authority said. “Moreover, insufficient information seems to be provided to consumers about the settings needed to stop or limit the purchases within the app.”

The investigation could last between 6-8 months and each of the 4 companies could be find up to 5 euros ($6.9 million dollars)