iTunes at 11 – A Look Back and Forward

On Monday, Apple’s iTunes Store turned 11 years old. The iTunes Store is among the most influential consumer technology products of all time. In 2008, The iTunes Store became the number one music retailer in the US, and in 2010 became the “the world’s most popular online music, TV and movie store.”1 The iTunes Store has gone through a meteoric rise to the top. To celebrate the platforms 11th birthday, here is a look at the history of iTunes, and what the future may hold. 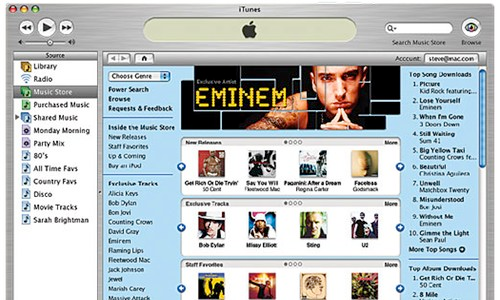 The iTunes Store has been Apple’s most successful software offering to date. Though the iTunes Store, and the digital music industry as a whole, has been sluggish during the past several years, the history of the iTunes Store is remarkable. Although Apple growth and revenue relies heavily on the sale of its devices – iPhone, Mac, and iPad – iTunes Store sales represent a healthy chunk of the companies revenue. In the Cupertino company’s latest earnings call, Apple reported that the iTunes Stores2 generated $5.2 billion in billings.3 MacRumors put together two graphs that splits up Apple’s revenue by segments: 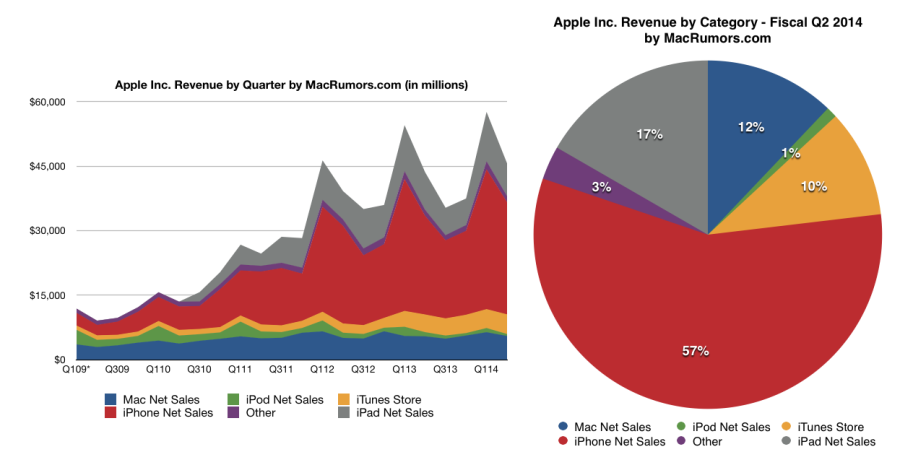 While the growth of music downloads, and really the music industry as a whole, has become fairly stagnant in the past few quarters, Apple has an amazing opportunity here. Though the music sales are dwindling, user acquisition is booming. Currently, there are just under 800 million iTunes user accounts, up from 575 million in June of 2013.6 Further, the majority of these 800 million accounts have a credit card attached to them. This is the massive opportunity. Apple could greatly benefit from all of these connected users. The most likely move for Apple, due to the number of reports out there, is to enter the mobile payments sector. There are several articles that point to this outcome. It is certainly a possibility. Time will tell. Whatever the case may be, Apple has built iTunes into the leading multimedia platform.