Kevin Garnett Is Battling His Old Age With Beats Headphones

Brooklyn Nets power forward Kevin Garnett is the latest celebrity to be featured in an ad campaign for Beats By Dre headphones.

The new TV spot features Garnett aboard a bus that appears to be headed to a rival arena for a game. Fans surround the bus and start taunting Garnett. They yell at him, spit on the bus and even throw food at the bus. The sentiment between all the crazy fans is the same, Garnett is to old to play ball.

While neither team is ever addressed by name or logo, AdAge suggests that because of the color scheme they have crossed the river from Brooklyn into Manhattan to play the New York Knicks.

When Garnett seems to have had enough of the fans yelling he seeks an oasis in his Beats headphones. A new song from R&B singer Aloe Blaac, called “The Man” fills Garnett’s head and all the outside noise is gone. 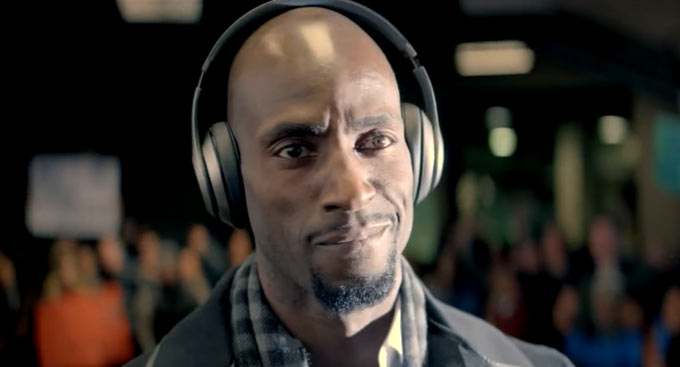 Garnett isn’t the only professional athlete who will be featured in Beats’ latest campaign. San Francisco 49ers quarterback Colin Kaepernick will be featured in a commercial with the same general theme. This is all part of a campaign that Beats will run through the Superbowl this coming February.

“Everything from that commercial has happened to an athlete,” Beats Exec VP and Global Head of Marketing Omar Johnson told AdAge. “We’ve shown it to a lot of our athletes and they all say, ‘Wow, I’ve experienced that and no one has told that story.’ The one thing we’ve landed on with this is that it’s real. . . . [Mr. Garnett] would say that’s a typical game day at a rival arena.”

The campaign is called “Headphones play the hero” Garnett agrees saying “When I have my headphones I’m into whatever I’m listening to and in some ways it’s like yoga or meditation. Music is very important, not just in sports but in life.”