Some LG Smartphones To Have Blackberry Messenger (BBM) Preloaded 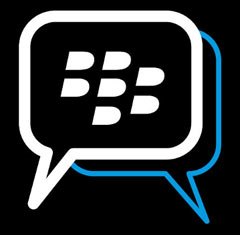 LG is apparently looking to capitalize on the fact that Blackberry, the one time king of the enterprise space, continues to bleed customers.

In a move that was praised by Blackberry, LG announced that several of their smartphones will feature Blackberry’s proprietary BBM (Blackberry Messenger) service. The service was widely adapted by Blackberry users in the previous 10 years, before they started losing the enterprise war to Apple and Android.

While it is a good move to get BBM on other devices, and perhaps there are significant licensing fees to boot, the real underlying message here is that LG is trying to give Blackberry’s remaining loyalists who don’t want to lose their BBM, the opportunity to keep it and move onto LG devices.

“People across the globe are using BBM to connect with each other and the enthusiasm has been phenomenal,”  executive VP for BBM at BlackBerry, Andrew Bocking told CNet Australia. “We’re extremely pleased that LG Electronics will help bring their customers a more seamless experience with BBM by preloading the app, starting with the G Pro Lite in key markets.”

Blackberry is going through a huge reorganization and restructuring. It’s still unclear where their focus will be when they come out of this rebuilding period but many analysts see it as Blackberrys’ last chance.

As to Blackberry Messenger, the Canadian based Blackberry plans to add video calling and voice calling functionality to BBM.They also plan to add “Blackberry Channels” which CNet reports are a forum style hub for communities of shared interests.