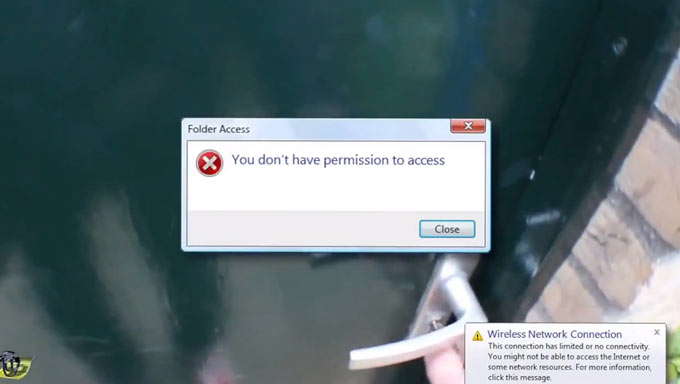 Google Glass is the first wearable computing device that puts the power of Android right in front of your eyes. Many tech pundits, including New York venture capitalist Fred Wilson, thinks that Google Glass may be a little bit ahead of itself. Wilson recently compared it to the Apple Newton, while on stage at the LeWeb conference in Paris.

While many think the earliest versions of Google Glass are a bit wonky, the company has been able to seed their explorer edition Google Glass to thousands of early adopters and developers for $1500. Unfortunately for them, it seems that when Google releases the device to the mass market it’s going to be at a much lower cost.

While Google Glass may have some problems, or not quite be what it was cracked up to be, imagine if Microsoft came out with a similar concept. It would probably be plagued with pop-ups, virus warnings and perhaps the blue screen of death.

That’s what YouTube user Mr. Okras, part of Russian comedy site yumor-ok.com thought when they put the video below, together. Keep in mind this is a parody video, but it’s a hilarious way to kick off your Monday morning.